AI set to create more jobs than it replaces by 2037 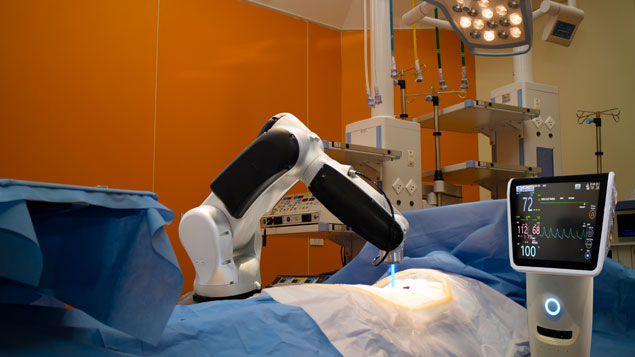 Artificial intelligence (AI) will create as many jobs as it displaces over the next 20 years, but there will be “winners” and “losers” by industry sector.

While seven million jobs are to be displaced by emerging technology, according to analysis by PricewaterhouseCoopers (PwC), around 7.2 million jobs are likely to be created by 2037 – resulting in a small net increase in employment opportunities.

Can AI bridge the confidence gap for women in senior positions?

Industries set to benefit from more roles associated with AI include healthcare, which is likely to see a 22% increase in jobs, education (6%) and the professional, scientific and technical services sector (16%).

However, a quarter of manufacturing roles are likely to be replaced, 22% of transport and storage jobs will be lost and 18% of public administration roles will disappear.

PwC had previously indicated that 30% of jobs were set to be displaced by AI, but this has been revised down to 20%.

John Hawksworth, chief economist at PwC, suggested that employers could see large productivity gains by adopting AI, which will in turn create demand for additional workers in different roles.

“Healthcare is likely to see rising employment as it will be increasingly in demand as society becomes richer and the UK population ages,” he said. “While some jobs may be displaced, many more are likely to be created as real incomes rise and patients still want the ‘human touch’ from doctors, nurses and other health and social care workers.

“On the other hand, as driverless vehicles roll out across the economy and factories and warehouses become increasingly automated, the manufacturing and transportation and storage sectors could see a reduction in employment levels.”

But PwC warned that the government needed to address employers’ and workers’ concerns about job displacement by investing in “STEAM” skills – science, technology, engineering, art and design and mathematics – and encouraging workers to continually adapt their skills to complement AI’s abilities.

It also suggested that the government needed to “strengthen the safety net” for workers who find it difficult to adjust to technological developments.

Euan Cameron, UK AI leader at PwC, said: “Our research highlights where the biggest impacts will be and which areas are most vulnerable, so that businesses and government can plan how best to help people develop the skills that will prepare them for the future.

“As our analysis shows, there will be winners and losers. It’s likely that the fourth industrial revolution will favour those with strong digital skills, as well as capabilities like creativity and teamwork which machines find it harder to replicate.”

London is likely to see a 2% increase in jobs created by emerging technology over the next two decades. PwC claimed 28% of professional, scientific and technical roles are based there, along with 31% of the UK’s information and communications sector.

It’s likely that the fourth industrial revolution will favour those with strong digital skills, as well as capabilities like creativity and teamwork which machines find it harder to replicate,” – Euan Cameron, PwC

It estimated that the North and the Midlands will see a marginally negative net impact on jobs, “but only by 1% or less of existing job numbers”.

It also urged the government to implement its AI strategy in full to maximise the income effect of the technology on jobs in the UK.

Competition should also be promoted, with the productivity gains from AI being passed on to consumers through lower prices.