By Laura Chamberlain on 1 Jun 2012 in HR practice, Whistleblowing 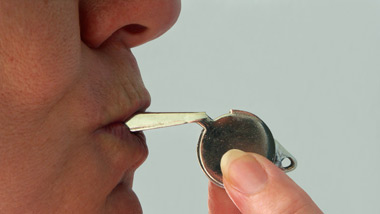 An employment law expert has accused the Government of bringing in an amendment to the law on whistleblowing “by the back door”, which he believes will deter workers from making important disclosures about wrongdoing.

David Lewis, professor of employment law at Middlesex University and convenor of the International Whistleblowing Research Network, has written an open letter to business secretary Vince Cable attacking the lack of consultation over an amendment to whistleblowing provisions in the Enterprise and Regulatory Reform Bill, which was presented to Parliament last week.

He argued that the amendment, which will mean that disclosures made by whistleblowers will have to be “in the public interest” in order to protect the individual if they are made redundant or suffer detriment as a result of doing so, will cause uncertainty about whether or not a whistleblower will be covered by the provisions and so inhibit them from making important disclosures about wrongdoing.


Lewis told Personnel Today: “My prime concern with this amendment is that most people have a choice whether to blow the whistle or not and they will keep quiet if they think it is the safest and most sensible option.”

“What the bill is going to do is drop a bomb on the whistleblowing provisions by simply saying there is now going to be a public interest test for all cases in all circumstances, which completely sabotages the legislation, adds Lewis.

“One of the things the legislation has to do is encourage people to whistleblow and tell them that they will be protected to a certain degree. If there is a genuine aim to alter the culture and get people to report wrongdoing then I think the amendment is very undermining.”

He added that, while a review of the legislation was needed, this change has been brought in “by the back door” without consultation.

In response to Lewis’s accusation about the lack of consultation, the Department for Business Innovation and Skills (BIS) stated that there will be “scrutiny of this measure” in the subsequent Parliamentary process it has to pass through.

A BIS spokesman added that the amendment is aimed at closing a loophole that allows employees to blow the whistle on breaches of their own employment contracts.

He commented: “We are returning the Act to its original purpose by introducing a public interest test.

“This change will exclude ‘whistleblowing’ claims, which do not involve issues of a wider public interest, such as the breaches of an individual’s employment contract that are of a purely personal interest.”

However, Mike Emmott, employee relations adviser at the Chartered Institiute for Personnel and Development, argued that the introduction of the public interest test should be consulted on before it is introduced to find out what kind of cases might be discouraged or affected by it.

He said: “It would be really unhelpful to legislate without getting any public discussion of what is at stake. I think it would be useful for people to produce evidence of cases where whistleblowers were protected but where it was believed it would not have been in the public interest and the existing law gave them an unnecessary form of protection.

“To make it more difficult for whistleblowers is unhelpful to them and, in the end, also unhelpful to organisations.”