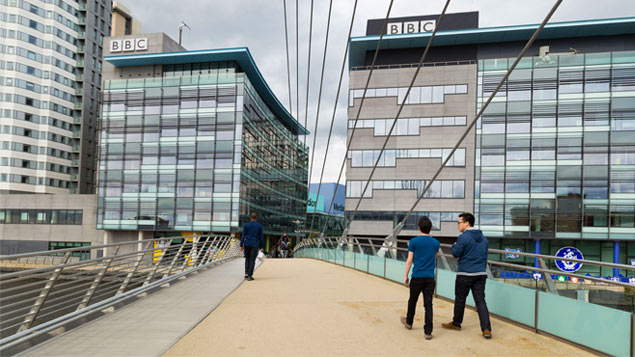 The BBC has revealed more details about plans that will see at least two-thirds of its employees based outside of London.

The broadcaster believes that moving the majority of its workforce out of the capital will help generate new ideas, promote inclusion and increase diversity of thought.

Currently, 48% of its 19,000 employees are based in London, but by 2027 more staff will be based at other regional sites including a new “tech hub” in Newcastle-upon-Tyne and atMediaCityUK in Salford, which will become “the heart” of production for its BBC Sounds app.

The corporation estimated that 2,800 jobs would be relocated from London. Director general Tony Hall told staff: “Our centres have become magnets for ideas and talent, new jobs and investment.

“That’s really good news. But I know we can go further. We can do so much more for this country – and we’re going to – starting this year.”

The tech hub will house “a new generation of software engineers, designers, product developers and data scientists” in the north east of England, according to the BBC, while the corporation’s natural history unit in Bristol will be expanded.

Hall added: “This is the beginning of what I think should be a renewed push – getting the BBC up to at least two thirds around the country, if not more, by the time our charter comes to an end in 2027.

“I know all the risks. It will take time. It would cost money. It could be hugely disruptive. But it is an enormous creative opportunity – for audiences, for talent, for the UK.”

The BBC said around 34% of its workforce were based in England, excluding London; 7% in Scotland; 7% in Wales and 4% in Northern Ireland.