Belief in proper use of public money can be philosophical belief 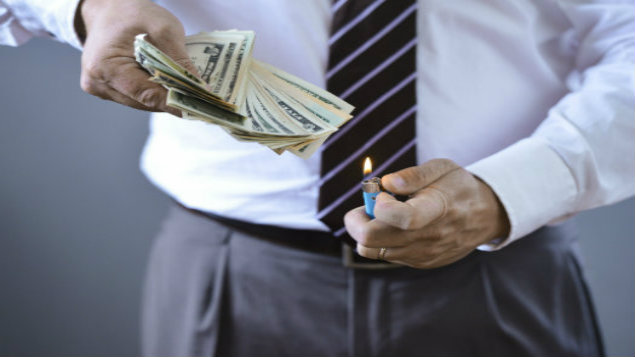 The Employment Appeal Tribunal (EAT) ordered the employment tribunal to reconsider whether or not a claimant’s philosophical belief in the “proper and efficient use of public money in the public sector” is protected under the Equality Act 2010. Kate Hodgkiss explains the EAT’s decision.

Mankind is duty-bound to act on catastrophic climate change

Refusal to lie to customers

Mr Harron worked for Dorset Police and claimed he had faced discrimination on the ground of his belief in the importance of the public sector not wasting public money.

He also claimed that he had been discriminated against on the ground of disability. Although it was accepted that he was disabled at the time of his claim, the time at which he became disabled was in dispute.

Mr Harron asserted that he had been disabled since 2010. However, he had never communicated this to his employer, despite having had a number of opportunities to raise the issue.

The employer contended that his disability arose later, in 2013.

The judge in the employment tribunal held that Mr Harron’s philosophical belief, though genuinely held, did not meet the necessary criteria to merit protection under the Equality Act 2010. The judge also held that, due to a lack of evidence to the contrary, he was not disabled at the relevant date.

Mr Harron appealed and the EAT was asked to determine whether or not the employment tribunal’s findings in respect of both issues were correct.

Section 6 of the Equality Act 2010 determines what amounts to a protected characteristic capable of protection under the Act.

A disability must have a substantial, long-term adverse impact on the employee’s ability to carry out normal day-to-day activities.

In determining when Mr Harron’s disability began, the employment tribunal found that he could be regarded as being disabled only from 28 May 2013 (the date conceded by the employer) and that there was no evidence of any substantial adverse effects impacting on his normal activities prior to this.

In addition, the employment tribunal noted that he had been in a number of situations where he was specifically asked whether or not he had any medical condition or disability before this date, but he had replied that he did not. He could not benefit from any protection prior to this time.

The EAT agreed with the employment tribunal’s decision, despite describing the tribunal’s reasoning as “clumsy”.

Wearing a poppy in November is important

Homosexuality is against God’s law and there was no Holocaust

In the leading case Grainger plc v Nicholson, five criteria were identified as being necessary for determining whether or not a philosophical belief can be protected.

The employment tribunal applied these five Grainger criteria and considered whether or not the belief:

The employment tribunal had found that the claimant’s belief met only the first and fifth criteria and therefore was not protected.

The EAT emphasised that these criteria require careful application and the threshold should not be set too high.

The employment tribunal’s lack of indication as to how it had reached its decision was sufficient to persuade the EAT that an error of law could have been made.

According to the EAT, it was appropriate that the case be remitted to the same judge for a re-examination of the third and fourth criteria.