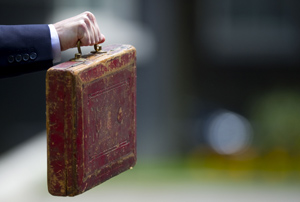 As part of the 2011 Budget, the Government has announced that it will consult to remove the “unworkable” requirement under the Equality Act 2010 for employers to take reasonable steps to prevent harassment of their staff by third parties.

The Plan For Growth, launched alongside the Budget, outlined plans to scrap proposed regulatory changes, which the Government claimed would have cost businesses more than £350 million to implement.

Chancellor George Osborne announced in the Budget that dual discrimination rules, which were yet to be introduced under the Equality Act 2010, would not be brought in.

The dual discrimination provisions would have allowed individuals who believed that they had been treated less favourably because of two “protected characteristics” – such as age, disability, race, gender reassignment, religion or belief, sexual orientation or gender – to bring a combined claim.

Osborne also confirmed that there will be a three-year moratorium on new business regulation for those organisations with 10 workers or fewer and that the right to request time to train will not be extended to businesses with fewer than 250 employees, as announced by business minister Mark Prisk last week.

Additionally, the Government has said that it will “launch a major drive to revise burdensome EU regulations and directives”, including those on maternity and paternity rights.

It claimed that if EU plans to give 20 weeks’ maternity and two weeks’ paternity leave on full pay go ahead, it would cost UK business in excess of an extra £2 billion per year.

Other announcements included a £180 million investment in apprenticeships to create 50,000 additional places over the next four years. In order to help young and unemployed people “get on the employment ladder”, 40,000 apprenticeship places will be provided to help them develop important work skills.

The Government will also address the barriers that SMEs face when accessing apprentices by supporting businesses to set up and maintain advanced and higher apprenticeship schemes, creating a further 10,000 places.

The Budget also looked at measures to simplify the tax system, including the launch of a consultation that will look at merging income tax and national insurance contributions.

For more information on the implications for employers of the 2011 Budget, view XpertHR’s round-up of the key announcements.