By Jo Faragher on 16 Mar 2016 in Employee-shareholders, Economics, government & business 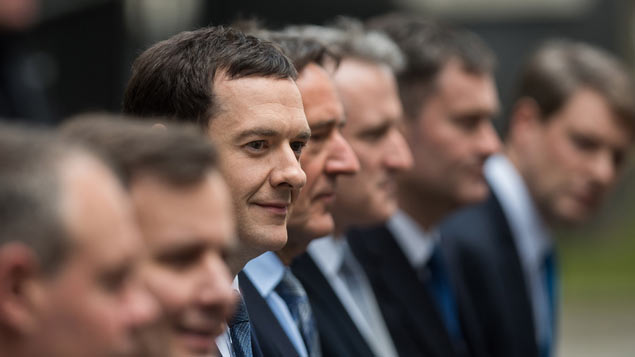 Chancellor George Osborne revealed few surprises in today’s Budget – on the one hand bullish about jobs growth and on the other cautiously revising down the UK’s growth prospects for this year.

The key announcements for employers were the introduction of compulsory national insurance contributions (NICs) on termination payments over £30,000, and an increase in the threshold for personal tax contributions.

Pay forecasts for the private sector

Osborne announced that 150,000 more jobs have been created during this Parliament than the Office for Budget Responsibility (OBR) predicted, with 90% of those in skilled jobs, and three-quarters full time.

In addition, the OBR predicted another 1 million jobs will be created this Parliament, Osborne said.

Figures from the Office for National Statistics released today revealed that employment, at a rate of 74.1%, was at its joint-highest level since records began in 1971.

The Chancellor claimed this was “a budget for working people” and announced that from April 2017, the tax threshold will rise to £11,500 – on target to reach the £12,500 threshold promised in the Conservative manifesto before the party came to power.

The threshold for employees paying the 40% tax rate will also be increased, to £45,000, and self-employed people will no longer have to pay Class 2 National Insurance contributions from 2018.

A further key announcement was that, from 2018, termination payments over £30,000 will be subject to employer national insurance contributions – anything under £30,000 is currently given tax-free.

The Government will continue to clamp down on tax evasion and avoidance schemes, Osborne added, by toughening the rules on the use of umbrella or personal service companies.

This means that public-sector organisations will have a new duty to tighten their rules on the use of contractors. From April 2017, where they engage an off-payroll worker through their own limited company, that body (or a recruitment agency if used) will become responsible for determining whether or not the rules should apply, and for paying the right tax.

In its budget documentation, the Government outlined vague plans for changes to salary sacrifice – an area that observers suggested might be up for review.

It said: “The Government is considering limiting the range of benefits that attract income tax and NICs advantages when they are provided as part of salary-sacrifice schemes.

“However, the Government’s intention is that pension saving, childcare and health-related benefits such as Cycle to Work should continue to benefit from income tax and NICs relief when provided through salary-sacrifice arrangements.”

Separately, XpertHR’s latest survey of pay forecasts reveals that on average, employers expect to give their staff a pay rise of 2% in 2016.

Its analysis of employers’ projected pay awards is in line with data collected from the latest round of pay settlements, which found a median pay award of 2% in the three months to the end of February.

Some employees are set to receive pay rises of more than 2%, notably those paid at national minimum wage level, who will receive a 3.7% boost after the Government announced an increase to £6.95 an hour for 21- to 24-year-olds.

Employees in the public sector are still subject to the Government’s pay cap of 1%.

XpertHR pay and benefits editor Sheila Attwood said: “The labour market is creating pinch points around particular skills, which employers are having to address through additional pay in order to recruit and retain the candidates they need.

“Additional pressure from an above-inflation increase to the national minimum wage in October only serves to reinforce our view that the headline pay award will not rise above 2% this year.”

The Treasury also announced a lifetime limit of £100,000 on gains that are exempt from Capital Gains Tax that a person can make on the disposal of shares acquired under an employee shareholder agreements entered into after 16 March 2016.

“It is therefore no surprise that a cap on the amount of capital gains that can be made tax-free has been set. A cap of £100,000 is perhaps on the low side of what would have been expected, but it is certainly good news that gains on existing arrangements remain uncapped.”