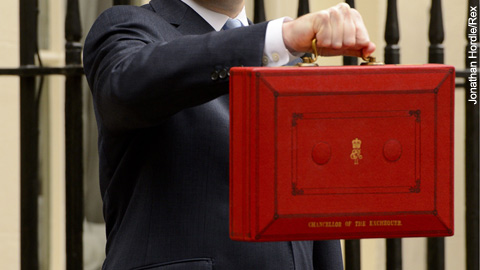 George Osborne’s Budget for “an aspirational nation” has set out important changes for UK employers. The Chancellor today announced that, from April 2014, the first £2,000 will be taken off employers’ national insurance bills. It is intended to help all British firms, especially small ones looking to recruit.

There was also a promise of support for employers that help staff return to work from long-term sick leave, with the Government introducing tax relief of up to £500 on amounts paid by employers on health-related interventions.

Ben Willmott, head of public policy at the Chartered Institute of Personnel and Development, welcomed the move: “Research shows that the longer people are off sick, the less likely they are to make a successful return to work; after six months’ absence from work, there is only a 50% chance of someone making a successful return.”

He added: “Anything that encourages more employers to look after the health of their workforce can only be a good thing – for employers and employees alike.”

Terry Woolmer, head of health and safety policy at manufacturers’ organisation the EEF, said: “This is welcome recognition that these investments support growth by helping employees get back to work earlier.”

In other measures, the Chancellor announced a doubling to £10,000 the maximum amount that companies can loan to their employees tax-free for benefits such as rail season tickets and confirmed the Government’s tax-free childcare package, which had been revealed the day before he made his speech.

The Budget also revealed that the employee-shareholder status would come into law on 1 September 2013. Employee shareholders will have different employee rights and shares worth a minimum of £2,000 in the firm they work for. As previously announced, the Government will exempt gains on up to £50,000 of shares acquired by employee shareholders from capital gains tax.

The Government has additionally decided that the first £2,000 of share value that anyone receives under the new status will be free from income tax and national insurance contributions from 1 September 2013, supporting the recommendations of the Nuttall Review. A sum of £50 million annually from 2014-15 has been earmarked to be used to respond to recommendations from the review and other relevant organisations that aim to encourage employee ownership. It will also be used to fund the introduction of a capital gains tax relief on the sale of a controlling interest in a business into an employee ownership structure.

Osborne announced that the single-tier state pension would be introduced from 2016, a year earlier than previously planned.Charles Cotton, rewards adviser at the CIPD, said: “By bringing forward the implementation of a simple, easy to understand baseline pension, the Government is speeding up employers’ ability to encourage more workers to invest more in their pensions savings, to boost retirement incomes closer to the levels most would aspire to.”

In addition, it was announced that the Government will extend the restraint on public sector pay for a further year, by limiting increases to an average of up to 1% in 2015-16.

For further detailed analysis on the Budget 2013, including further detail on the cap on public sector pay increases, visit XpertHR.