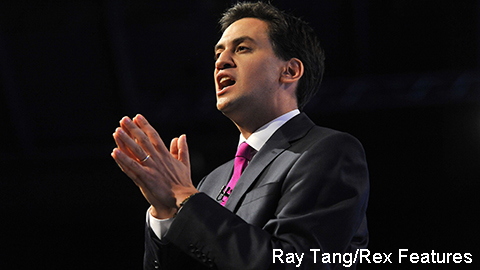 Proposals set out by Labour leader Ed Miliband to increase vocational training to help the “forgotten 50%” of young people who do not go to university have been welcomed by business groups.

In his speech to the Labour Party conference, Miliband set out plans to introduce a “technical baccalaureate” for 18-year-olds and to give businesses more control over vocational training.

The technical baccalaureate would include work experience and school-based training, to equip young people who do not go to university with the appropriate skills for the workplace.

Those looking to gain the qualification would also have to study English and maths.

According to Miliband, just one large employer in three in Britain offers apprenticeships and he added that the situation was even worse in the public sector.

He promised that, under Labour, there would be a “new deal with business”, giving firms control over how they spend funding for apprenticeship training and giving them a chance to set standards for its delivery.

He also stated that government contracts would only be awarded to private-sector organisations that offer apprenticeship schemes.

Katerina Rüdiger, skills policy adviser at the CIPD, welcomed the proposals. She said: “Our research shows that six in 10 organisations are closing their doors to the 50% of young people who do not go to university. This is not just bad news for young people, but also for business.

“Employers tell us they’re concerned about where they’ll find the skills they need for the future – but they’re also increasingly aware of their own role in tackling this problem.”

She added that the efforts of both the Government and the opposition to put employers “in the driving seat” of the UK’s skills system would help build employer confidence in this area.

According to interim findings of research by manufacturers’ organisation the EEF, 75% of manufacturing firms said that finding and recruiting employees with the right skills was a top business concern, with 69% citing a lack of technical skills as the main barrier to recruiting at all levels.

Terry Scuoler, chief executive of the EEF, said: “Raising the standard of apprenticeships and ensuring young people are leaving education with better qualifications in maths and English are both absolutely critical.

“Across the political spectrum, there is now a growing consensus on what the priorities on skills should be: driving up education standards in key subjects, refocusing apprenticeships on higher level skills and creating a market in training where the customer is king. All the main parties should now work together to deliver this as a key route to growth.”

Find the latest news and guidance on apprenticeships in our employer’s guide.