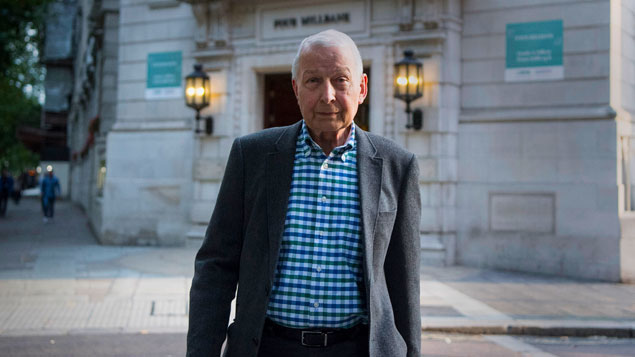 An inquiry into the extent of alleged “employment law evasion” in the gig economy has been launched by work and pensions committee chair Frank Field.

According to the MP, a number of companies that have been told to recognise staff as “workers”  – which would grant them entitlements such as the minimum wage and holiday pay – have failed to meet their legal requirements or recognise their workers’ rights.

“The list of companies in the gig economy caught exploiting their workers is growing. Those companies have had it made abundantly clear to them that enough is enough and they need to start respecting the law,” said Field.

“A main aim of this inquiry is to find out whether they have then done so, or whether instead they have chosen to stick two fingers up at their workers and the legal system by coming up with another wheeze that gets them off the hook.”

According to the Guardian, Uber and CitySprint are among the organisations that have been invited to give evidence to the inquiry.

A CitySprint spokesperson said: “As a business that has been operating for more than three decades, we do not consider ourselves an emerging, disruptive organisation of the sort typically associated with the new ‘gig economy’. We enjoy a good relationship with couriers who contract with us, who enjoy the freedom and flexibility of their role.

“However, recent cases have shown there is still widespread confusion in this area of the law. We await the results of the four government consultations launched in response to the recent Taylor Review and welcome further initiatives to help bring more clarity in this area.

“CitySprint has always sought to operate responsibly within the parameters of the law, and in 2017 we updated our courier tenders in light of recent case decisions and to make these clearer and easier to understand.”

The gig economy inquiry will look at:

Field, who resigned the Labour whip in August, said the inquiry will also recognise the gig economy companies that have honoured their obligations under employment law.

“Likewise, we will be looking to suggest any immediate changes that are required, both to the law itself as well as its enforcement, to ensure no company is able to evade justice,” he said.

The outcomes of the settlements reached between Royal Mail’s same day delivery business eCourier and members of the Independent Workers Union of Great Britain (IWGB) will also be examined.

eCourier reviewed the way its couriers – many of whom were classified as self-employed contractors – were categorised after it admitted incorrectly treating bicycle courier Demille Flanore as an independent contractor, thus wrongly denying him basic employment rights.

It subsequently identified a group of drivers who could be classified as “workers” and their contracts were changed.

IWGB general secretary Dr Jason Moyer-Lee said: “For a couple of years now we have been winning tribunal claims against courier and private hire companies. Yet despite this, somehow these workers are still not getting the rights they’re entitled to.

“The enforcement system is clearly broken and this inquiry will shine a welcome spotlight on its abject failure.”

Uber is currently fighting a 2016 tribunal ruling that said its drivers should be classified as workers and not as self-employed. A hearing is expected at the Court of Appeal in October.

The taxi hailing app introduced numerous protections – including maternity and paternity payments, sick pay and insurance cover – for its drivers in June, but they had to meet strict criteria to be eligible for certain benefits.