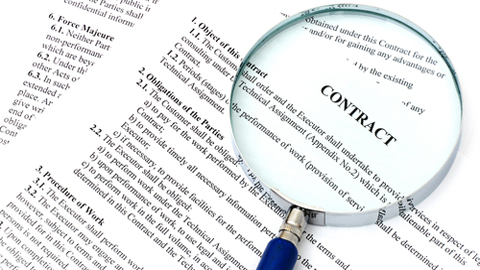 In DLA Piper’s case of the week, the Court of Appeal considered whether or not uncertain wording in a collective agreement allowed an employer to give staff a lower pay increase than in previous years.

The provision in question read as follows: “On 01/04/09 pay will be increased by 2.5% or by the NJC for Local Government Services settlement plus any uplift required to ensure general pay increases for the period 2007-09 are 1% above the NJC settlements for the same period.”

Instead of applying an increase of 2.5%, the employer made an offer to the unions of 1.825%. When this offer was rejected, the employer applied an increase of only 1.575%, which it said was the increase required by the wording that appeared after the word “or” in the clause. In other words, the provision could be construed as the employer having to ensure that general pay increases for the 2007-09 period amounted in total to 1% above the NJC settlements for that period.

The claimants in the case were all members of the unions. They brought claims for unauthorised deductions from wages arising out of the failure to apply the higher 2.5% pay increase set out in the collective agreement. The key question was whether or not the inclusion of two possible alternatives in the collective agreement gave the employer a genuine choice of approach in 2009.

The employment tribunal found in the employer’s favour. It reached the somewhat unusual conclusion that the collective agreement was simply an “agreement to agree” and required further negotiation to determine the 2009 pay increase. The employees appealed to the Employment Appeal Tribunal (EAT), which dismissed the appeal on the basis that the clause was framed in the alternative and the employer was not in breach by choosing one of those alternatives. The employees took their case to the Court of Appeal.

The Court of Appeal was persuaded that the true construction of the clause was that the employees would receive an increase of 2.5% or NJC plus 1%, whichever was the greater. It held that no other meaning would have accurately reflected the sort of three-year deal that the unions would have contemplated. The Court of Appeal considered other options for the interpretation of the reference to 2.5%, but concluded that this was the only sensible meaning and the only one that would have made “industrial sense”. The Court of Appeal felt that the literal interpretation the EAT had given the provision was “fanciful”, holding that the unions would not have agreed to a deal that gave the employer an unfettered right to choose which increase to apply in the third year.

The appeal was allowed. The Court of Appeal’s decision means that the employer will need to give back pay to all affected employees, which has been estimated by some commentators to be in excess of £1.5 million in total.

The case also serves as a warning to parties to ensure that the drafting of any negotiated agreement is accurate and reflects the deal agreed. Loose drafting gives either party the opportunity to attempt to rely on its own favourable interpretation at a later date. This may be the parties’ preferred approach for industrial reasons, but an interpretation unsupported by contemporaneous documentation is unlikely to prove successful if challenged.

Finally, the case underlines the practical approach that the courts will take to the construction of contractual terms, along with the evidence they will use when undertaking this exercise. The documents that evidenced the negotiations themselves were not important, but the internal report and memoranda explaining the agreement after it had been concluded were critical evidence of the parties’ understanding of the deal done.