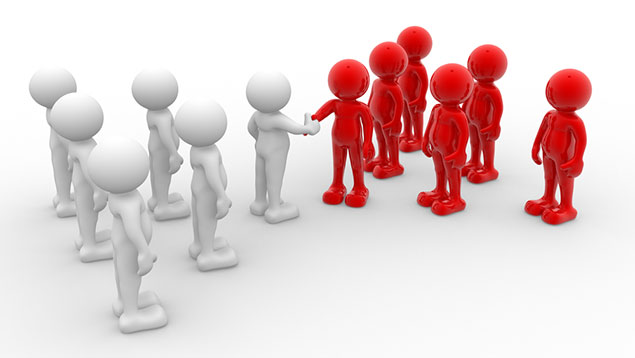 Everyone knows that the concept of a service provision change in TUPE transfers is very wide. It covers any case where activities cease to be carried out by one provider and are, instead, carried out by another provider on a client’s behalf.

But there is an important condition, which is often overlooked. There will only be a service provision change TUPE transfer if there is, immediately before the service provision change, an organised grouping of employees, which has, as its principal purpose, the carrying out of the activities concerned on behalf of the relevant client. This is the so-called “principal purpose” test.

In Amaryllis Ltd v McLeod the Employment Appeal Tribunal (EAT) considered that the principal purpose of any organised grouping of workers must be assessed at the point immediately before the change of provider, and not historically.

Millbrook Furnishings Ltd carried out work for the Ministry of Defence (MoD) for many years renovating wood and metal furniture. Between 2003 and 2008 it did so as a sub-contractor to Amaryllis.

The question was whether there was an organised grouping of employees in place prior to the transfer of work to Amaryllis, the principal purpose of which was to carry out the activities concerned on behalf of the MoD. It was accepted that Millbrook’s employees were spending just shy of 70% of their time on the MoD renovations contract. Nonetheless the employment tribunal judge considered that it was appropriate to consider evidence relating to the past.

The employment tribunal judge was satisfied that the department had originally been set up with the specific purpose of servicing the MoD contracts, and although that grouping now serviced other customers, the MoD was still the largest customer. He found TUPE applied.

Amaryllis appealed. The EAT upheld the appeal. It was not sufficient that a department carries out significant work for a client. It must be organised for the principal purpose of carrying out that work for the client. The relevant time is immediately before the transfer.

The employment judge was wrong to look at the matter on an historic basis. And it was incorrect to take into account work done on furniture renovation by Millbrook between 2003 and 2008 when Millbrook was a subcontractor of Amaryllis.

During this time the MoD was not a client of Millbrook. Millbrook’s client for this work was Amaryllis. That period could not be taken into account as, even if there were, during that period, an organised grouping of employees, the grouping concerned was not dedicated to carrying out the activities for the relevant client.

Employment law and transfer of undertakings

The important lesson to be learned from this case is that, quite often, a company starts off in life with just one contract from a client, applying all of its resources to delivering that contract.

Over time, however, it may expand and acquire new contracts for other clients, even though its biggest client is still the original client. But if the company diversifies in this way the original “principal purpose” of the organised grouping of employees may have changed. That purpose may no longer be exclusively to serve the original client, but, instead, now, a number of clients.

As the facts of Amaryllis show, the MoD was still a big client for Millbrook when it was lost, because of the retender, to Amaryllis.

But Millbrook’s employees were no longer organised for the “principal purpose” of carrying out that MoD contract.

Dr John McMullen is a partner in Wrigleys Solicitors LLP.