Law Commission consults on offence of misconduct in public office 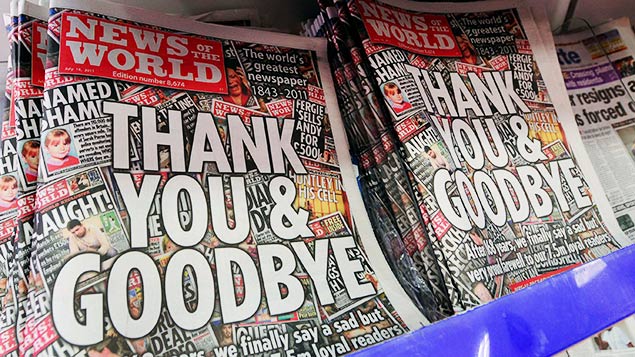 Some former News of the World journalists were charged with misconduct in public office.
Photo: Stephanie Schaerer / Daily Mail /REX/Shutterstock

Misconduct in public office, the criminal offence that has been used to prosecute journalists for paying public officials for information, is the subject of a new Law Commission consultation.

The consultation identifies several problems with the offence, which carries a maximum sentence of life imprisonment, namely that it is unclear who is considered a public office holder, and what the elements of the offence cover.

If an employee is charged with, or convicted of, a work-related criminal offence, should the employer conduct its own investigation before taking disciplinary action?

The consultation provides two options for replacing the current law, as well as an option to abolish the offence without creating a replacement.

The first option would create an offence when a public office holder breaches a duty that causes risk of serious harm, such as injury or death.

The second option would create an offence when an individual abuses a public position to gain an improper benefit for themselves or another person.

David Ormerod QC, law commissioner for criminal law, said: “It is vital that the public have confidence in their public officials and in the legal framework that sets the boundaries of their conduct.

“The offence of misconduct in public office is increasingly being used to bring public officials to account but recent high-profile investigations and prosecutions have brought the problems with this offence into sharp focus.

“The existing law relating to misconduct in public office is unclear in a number of fundamental respects.

“There is urgent need for reform to bring clarity and certainty and ensure that public officials are appropriately held to account for misconduct committed in connection with their official duties.”

Other convictions for misconduct in public office include cases where: police officers failed to respond to calls for help from a disabled man who was subsequently beaten to death; sexual assaults were committed by an on-duty police officer; and a council leader used insider information to purchase property.

The Law Commission notes that the number of prosecutions for the offence has risen considerably over the last 10 years.

“In general, where an employee is charged with or convicted of a criminal offence, the employer will need to consider carefully what impact the charge or conviction will have on the employee’s ability to do the job and on the organisation,” said Qian Mou, employment law editor at XpertHR.

“It would be helpful for employers of staff with public powers and duties to have this law clarified, as a charge under this offence would likely be intricately related to the individual’s employment.”

The Law Commission is a statutory independent body tasked with ensuring that the law is fair, modern, simple and cost effective. The consultation runs until 28 November 2016.