Changes to judges’ pension scheme found to be discriminatory at EAT 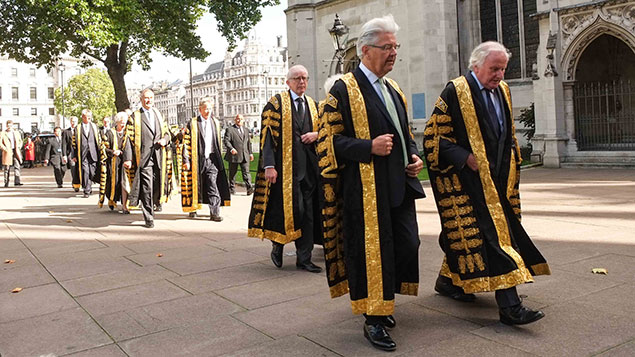 A group of judges have won their Employment Appeal Tribunal case, which found that transitional arrangements to a new public sector pension scheme were unlawfully age discriminatory.

The EAT upheld the decision reached in their first instance tribunal last year, which found that the Government had been discriminatory when it implemented the transitional provisions for the new judicial pension scheme.

The EAT also heard the appeal in the case of Sargeant v London Fire and Emergency Planning Authority and others, which considered similar reforms to the Firefighters’ Pension Scheme.

In this hearing last year, a group of firefighters failed to win a claim after the tribunal held that the fire service’s justifications for the transitional arrangements were proportionate, and therefore not discriminatory.

Ruth Ormston, principal associate at law firm Gowling WLG, said the EAT’s decision on the firefighters’ case “held that the initial tribunal had erred in its approach, and this case has now been sent back to the tribunal to decide whether the transitional provisions were a proportionate means of achieving a legitimate aim”.

Explaining the significance of both cases, she added: “In order for this practice not to be unlawful direct age discrimination, the employers here needed to show that the transitional provisions were objectively justified – this is a two-limb test, requiring evidence of a legitimate social policy aim being pursued, and evidence that the means chosen to achieve that aim were proportionate.”

Following the 2011 Hutton Report on public sector pensions, the Government implemented a number of cost-saving reforms across public sector schemes in 2015, where existing schemes were closed and replaced, and transitional arrangements were introduced for members over a certain age.

However, the new scheme offered less generous benefits compared to the original scheme, a final salary pension. The new scheme was based on a calculation known as “career average revalued earnings” (CARE), accrual rates were lowered and the judges’ retirement age was increased to align with the state pension age.

The Ministry of Justice introduced a number of transitional arrangements which appeared to favour longer-serving judges – those with fewer than 10 years to serve before retirement earned “full protection” and could remain members of the original scheme, while those with less service were either offered a “tapered” transition or no compensation at all.

The Government’s proposed justification was that it should protect those “closest to retirement”, and make it more consistent with other public sector schemes, but the employment tribunal found that this was not a legitimate aim, as members who were closest to retirement were less adversely affected by the pension reforms and so less in need of protection.

Employers need to scrutinise any changes to pension provision in case of potentially discriminatory practices, and consider how they justify them, added Ormston.

“The rigour of scrutiny that applies towards assessments of proportionality in the UK courts was reiterated in both of these decisions.

“They are a useful reminder that employers who apply potentially age discriminatory practices need to demonstrate that they have a legitimate aim for the practice, that the means used to achieve that aim do meet it, and that there are not other less discriminatory ways of doing so.”

“In a pensions context, the cases also act as reminders that whilst there are statutory exemptions that apply to age-related practices concerning pension schemes, they do not cover all pension-related practices. Here the disparate impact of the transitional provisions on younger members of the public sector schemes was severe,” she explained.

“Employers conducting liability management exercises on defined benefit schemes who are considering transitional provisions should consider any such provisions carefully, critically evaluate the reasoning for treating members of certain ages differently, and explore whether there is a less discriminatory measure which would achieve the same aim.”