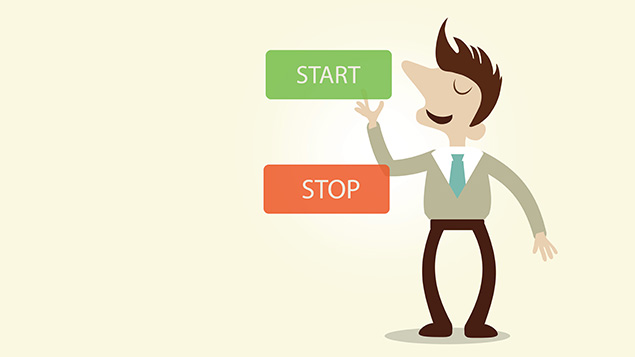 What is discontinuous leave under the shared parental leave regime?

Can an employer refuse an employee’s request to take shared parental leave or require him or her to take it at a different time?

When polled during Personnel Today’s webinar on shared parental leave earlier this month, the number of HR professionals saying they were either well prepared or very well prepared for the regulations stood at 18.7%  – only a slight increase on the 14.9% of participants who said the same in a webinar poll in July, and still only just under one-fifth of those surveyed.

Companies with fewer than 250 people are least prepared, with just 14% of respondents claiming to be very well prepared or well prepared, compared with almost a quarter of larger companies.

A possible reason behind this lack of preparedness is an element of fear around the well-documented complexity of the regulations – that leave can be taken in discontinuous blocks, for example, or that mothers and fathers can take leave concurrently.

Shared parental leave regulations are by no means simple, but once an employer has built up an understanding of eligibility and curtailment notices, and has a policy in place, should it not be relatively straightforward?

Well, not really. A common stumbling block appears to relate to the issue of discontinuous shared parental leave. One of the most common audience questions in both of Personnel Today’s shared parental leave webinars has been around the rights that employees have to request intermittent periods of leave.

It is the view of some that sharing leave is enough of an administrative headache alone, without this being compounded by requests for leave that repeatedly stop and start.

However, the law has given the employer at least some control. If an employee submits a notice requesting discontinuous leave over three periods (which must be taken in blocks of a week or more), the employer can refuse the employee’s request. It does not even have to give a reason.

Ed Bowyer, employment law partner at Hogan Lovells, stresses that this is entirely legal: “It is certainly possible to say in a shared parental leave policy that requests for discontinuous leave will not be accepted, which will force employees to take leave in a maximum of three blocks.

“Alternatively, requests for random periods of leave could be dealt with on a case-by-case basis, with requests for discontinuous leave being declined if the pattern requested cannot be accommodated.”

Others may approach it from another, arguably more positive angle, offering incentives for those who take leave as longer blocks, which should be easier for an employer manage in terms of administration and cover. “There will be a number of organisations who will pay additional benefits if people take blocks of say four-to-eight weeks,” says Liz Morris, director of consultancy and training at lobbying group Working Families.

Another way of approaching this is to only enhance pay for the first period of shared parental leave, making it less financially attractive to take a further block where leave is not paid at the same high rate.

Getting around a refusal

This sounds simple, but may not be in practice. While the employer can refuse to agree to a request of discontinuous shared parental leave, it cannot refuse a notice of continuous shared parental leave. And because the employee has the right to submit up to three notices of leave, he or she can submit one notice of leave for a few weeks in May, another notice for some time in July, and another one for time off in November.

“There is nothing stopping people from having three cracks at asking for leave,” explains Linda Jones, a partner in the employment law team at Pinsent Masons. “They could ask for discontinuous leave in blocks, and then be refused, only to come back and issue three separate notifications for periods of continuous leave.”

So, if an employee really wants to stop and start their leave, this would be the way to do it. Which then begs the question, if the employee can circumvent an employer’s “ban” on discontinuous periods of leave, would the employer not be better off permitting period of leave notices for discontinuous leave in the first place, therefore reducing the amount of to-ing and fro-ing?

This certainly sounds like the more transparent approach, but there may be some risks attached. For example, there may be the occasional employee who requests three separate batches of complex discontinuous leave. However, these are likely to be few and far between and, fundamentally, the employer can still refuse them.

Bowyer points to guidance from Acas and the technical guidance from the Department for Business Innovation and Skills, which recommends that the employer holds an informal discussion with the employee about their plans to take leave when a notice of entitlement is received.

He says: “Employers will get a ‘heads up’ if employees are intending to ask for a number of separate periods of leave when they receive an employee’s notice of entitlement and intention to take leave. The employee has to outline the pattern of leave they are intending to take in that document.”

But, the likelihood is that parents will want relative stability for their child and for themselves as they return to work. They may want to craft the intricacies of their leave to suit their broader schedule, but most employees are no more likely to request complex leave patterns than they are to be constantly updating and changing their parenting arrangements.

With this in mind, employers’ best course of action will be to foster an environment where employees feel their requests are duly considered, and compromises can be made where appropriate, rather than preparing for the worst.