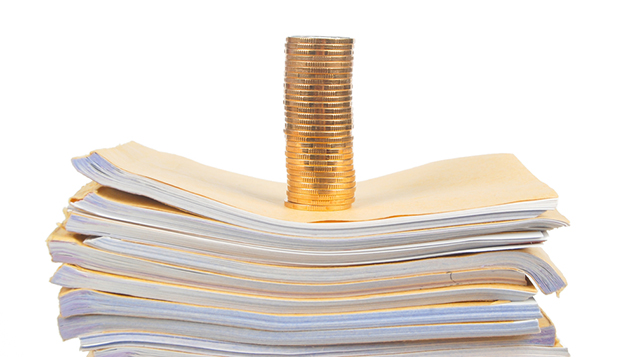 Tribunal fees were meant to spell the death knell for vexatious employment claims by ensuring that only claims with serious merit would go before tribunal. But evidence is mounting that fees may, in fact, be encouraging more contentious employment disputes, argues Orla Bingham, a solicitor at law firm Nockolds.

It is often the case that when the state intervenes in a specific market a distortion can arise. We are now seeing evidence that the introduction of fees for employment claims is having the unintended consequence of leading to more contentious disputes.

It has been widely publicised that the number of claims received by the tribunals is falling. This decline precedes the introduction of fees, and has been the pattern for a large number of years. It has been argued that, given the long term downward trajectory in the number of claims, the system was functioning reasonably well and that government intervention – at least in the form of fees – was not needed. Whatever the truth of that statement, claims have been falling, and have halved again over the past year following the introduction of fees in July 2013.

Data obtained from Acas paints a different picture. Over the past year – neatly coinciding with the introduction of fees – there has been a sharp rise in the proportion of employment claims referred to Acas that are progressing to a full hearing – 25.7% of cases in 2013/14 (14,930) referred by the tribunals to Acas were ultimately heard, a significant increase on the 20.4% heard in 2012/13 (13677). So, despite the falling absolute number of claims, the number progressing to a hearing has risen from 13,677 to 14,930, a significant jump of 9.2% over the past year.

If we agree that hearings are more burdensome than claims per se, then in many cases it is clear that the “burden” of the tribunal system has increased. Further, there is every reason to believe that the fees themselves may be to blame for this trend.

Why is the burden of tribunals increasing?

The reason for this is that once claimants have paid their fees (the point at which a claim is submitted, and again when the hearing date is confirmed) they are non-refundable, which gives claimants little incentive not to pursue the dispute to a hearing. This is particularly true if the settlement being offered is of low value and they feel that they might win more in tribunal. Once a claimant has handed over what, to many, will be a considerable sum of money (up to £1,200 for most claims), many settlements in the low few thousands will appear only marginally tempting.

It could also be argued that the introduction of fees has weeded out a certain proportion of vexatious claims and that those being brought are much higher quality. There may be some truth in this, but we cannot escape the fact that the absolute number of hearings is up by more than 9%. Even if claims were of a better quality, surely employers would be more likely to settle early, thereby avoiding a costly hearing?

There is an argument to be made that fees should be refunded if a claim is settled and does not progress to a hearing. This would dissuade claimants from pursuing claims all the way to a hearing in the hope of securing a better outcome. It would be interesting to know what the justification is – if any – for the tribunal retaining fees when a hearing has not taken place, particularly when the avowed reason for introducing fees was that claimants should meet the costs of the tribunal system.

How HR can avoid problems caused by tribunal fees?

For HR professionals, the increased likelihood of a hearing has several practical implications. Consideration needs to be given as to whether any low settlement (ie under a few thousand pounds) will be sufficient to dissuade a claimant from taking the claim to a full hearing. Certainly, fees should be factored in and separated out in any settlement award, so that claimants can see that they are getting a settlement plus fees on top. This may mean that at the lower end the median cost of a settlement rises as fees are factored in.

HR professionals may need to give greater consideration to offering settlement agreements at the point the employment relationship ends, to avoid heftier pay-outs at a later stage and the administrative and financial burden of defending a tribunal claim to a final hearing.

Employers may also need to engage sensibly in the Acas early conciliation process, a compulsory mediation hurdle employees have to clear before a claim can even be submitted. Introduced in May 2014, its design was to facilitate more early settlements between parties, although employees and employers are not obliged to negotiate in a reasonable fashion.

If a sensible offer is put forward at this early stage, however, a potential claimant is more likely to accept a smaller settlement sum before having to pay tribunal fees, and to avoid having to do so in the future.

One Response to Do employment tribunal fees lead to more contentious claims?