Many temporary or gig workers choose this lifestyle, but should their employment rights be equalised?
David Parry/PA Wire/PA Images

Drawing narrow comparisons between ‘good’ and ‘bad’ types of work does nothing to help precarious workers, according to a panel discussion on the future of the gig economy at last week’s CIPD Festival of Work.

Matthew Taylor, current Director of Labour Market Enforcement and author of the Taylor Review of Modern Work Practices, said that equalising rights and protections for all workers should be the focus rather than demonising particular forms of work.

“We shouldn’t be seeking to say some forms of working are good or bad, as long as we have a proper set of protections and entitlements for people who work in different ways,” he said. “Being a Deliveroo driver as a student is not oppression. But it’s different if you’re the sole earner in your family.”

The RSA, of which Taylor is chief executive, published a report last week entitled A Blueprint for Good Work, arguing that responsibility should be transferred away from individuals and onto employers to ensure workers’ wellbeing and security.

Taylor added: “There should be basic forms of rights for these workers so they don’t have to worry about the negative fallout if they get sick or a pandemic hits. There is more that companies can do, such as increasing hourly pay or offering small financial loans.”

John Nurthen, executive director of global research at recruitment research company Staffing Industry Analysts, agreed that most companies tend to have a mix of worker types, “but few have an understanding of whether they have the right mix”.

“Not all of these forms of work are insecure,” he said. “Many people choose this form of work and like the lifestyle, but there’s a perception that employers are forcing people into this sort of work. Many have been affected by the crisis but some are actually benefiting – there are freelance workers on platforms that have seen work boom during the crisis.”

However, Mary Towers, employment rights policy officer at the TUC, pointed out how there are many people in insecure working arrangements that have put themselves at extra risk during the crisis. “Many may not qualify for sick pay; are in jobs where they’re in close physical contact. BAME employees, women and disabled people are over-represented in gig work,” she said.

Dr Rochelle Hayness, a senior lecturer at the University of the West of England, added that although organisations arguably have a responsibility for the management, care and wellbeing of workers, we don’t always see that – particularly with those working on precarious contracts.

Not all of these forms of work are insecure. Many people choose this form of work and like the lifestyle” – John Nurthen, Staffing Industry Analysts

She said: “The performance management of this group tends to be shifted onto the worker, compared with how they manage a full-time employee, which makes them more vulnerable to hardships such as Covid-19. But this pandemic will end, and the way companies treat these workers now will determine the talent pool available to them in the future.”

Laura Gardiner, research director at the Resolution Foundation, made the point that almost a fifth of temporary workers have lost their jobs altogether, while 25% of those on zero hours have been furloughed. “Those in atypical work, not a relationship with an employer, fared worse,” she said.

She added that self-employed workers had not been obliged to provide as much evidence of the adverse impact of coronavirus in order to qualify for the Self-Employment Income Support Scheme, describing it as “incredibly generous” compared to the furlough scheme or those who were not able to access any government support.

“Which is why it is right for the chancellor to look at the tax status of the self-employed as we come out of this,” she said, referring to chancellor Rishi Sunak’s recent hints that tax structures could be reviewed in the coming months.

The Taylor review argued for a simplification of the tax structure that would bring employment status for tax into line with its status in employment law.

Speaking at the panel, Taylor argued that “if the welfare system treats people equally, there could be some tax benefits for the self-employed such as how they invest in their business, but not necessarily that they deserve a better deal”. IR35, he added, was “too complicated a way of solving the problem”.

Gardiner said the current tax treatment of self-employed workers led to a “massive cost at the bottom end, where companies are shoehorning workers into this status to avoid costs and rights.”

“If we’re aligning tax then we need to align self-employed benefits and rights. We need better forms of maternity, paternity and sick pay and some sort of pensions system similar to auto enrolment,” she added.

Nurthen conceded that it wasn’t always easy to just categorise individuals and their motivations for working in a certain way. “We tend to put people in different buckets but they don’t always fit neatly,” he added. “People might be doing freelance work alongside permanent stuff or temporary contracts. Using it to enhance their pay.”

And despite predictions of widespread job losses, gig work is unlikely to disappear, Taylor concluded. “I don’t think gig work will decline after this, as companies will want ways to maximise efficiency and productivity and workers will be desperate to work. The issue is the status and protections we offer to gig and non-standard workers.” 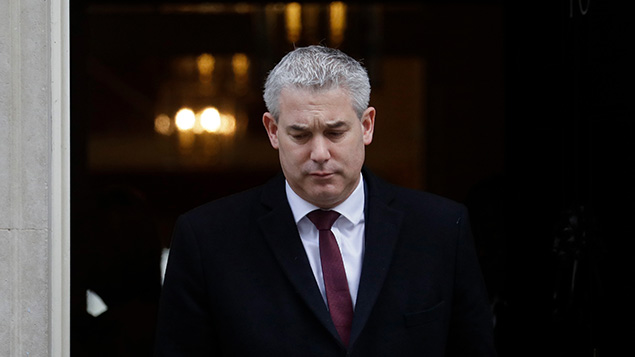 The House of Lords committee looking at the proposed extension of IR35 regulations to the private sector has written to...