Out-of-hours GP who had limited company was a worker, rules EAT 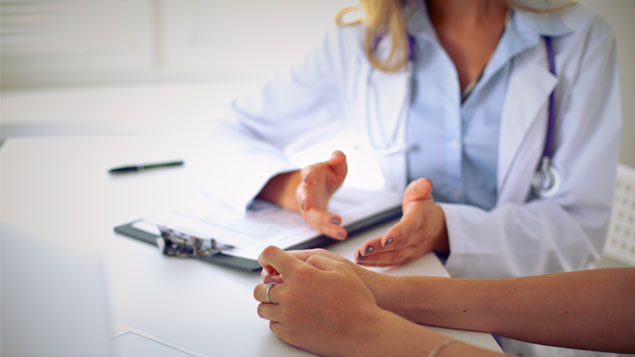 A recent judgment has highlighted the urgent need for a reliable tool for organisations to determine employment status, a law firm has said, particularly as private sector employers prepare for the introduction of new IR35 rules next year.

Earlier this month the Employment Appeal Tribunal upheld the ruling that an out-of-hours GP was a worker, despite the organisation she worked for arguing that she should be considered self-employed because she had set up a limited company.

Dr Narayan provided out-of-hours care at Community Based Care Health in Gateshead. She was among 12 doctors who regularly worked the same shifts, but was not obliged to accept work and the company was not obliged to provide any. She took holiday when she liked and abided by the company’s rules for the allocation of shifts.

On advice from her accountant, Dr Narayan set up a limited company in October 2015 and received payments into its account from Community Based Care Health. Her company, RNJ Medical Services, also received payments from locum work she did through an agency, which was treated as self-employment.

After an issue arose over telephone advice she had given and claims that she had swapped duties without informing Community Based Care Health, the company said it would stop offering her work.

The judge reviewed 13 factors to make a determination about her worker status, including the requirement to work personally for the company, the need to provide her own professional indemnity insurance and the company supplying the required drugs to her and other GPs.

In ruling that she was a worker, the tribunal found she could advance a claim for holiday pay and sex and race discrimination.

On appeal, the company argued that the tribunal erred in law by concluding that after October 2015 Community Based Care Health’s contractual relations were with Dr Narayan and not her limited company. It said that she could no longer be a worker once her company became the contracting party.

The EAT said that her company “could not possibly” have been the contracting party because it did not meet the health provider’s requirements. Its judgment says: “It is not a doctor. It is not even human. It cannot treat a patient or prescribe a drug or exercise medical judgment. The respondent could not approve it without knowing of its existence.

“On the judges’ findings the right of ‘substitutability’, if it existed at all, was to substitute a suitability qualified and approved GP, not an inanimate corporate entity.”

Community Based Care Health also claimed that her tribunal’s ruling was at odds with the decision in another case, Suhail v Herts Urgent Care, which found a doctor “marketing his services to whichever provider of medical services might wish to provide him with work” was self-employed.

The EAT’s judgment says: “It was not an error of law that [the tribunal judge] came to a different conclusion on the facts and on the evidence before him. The key distinction was the finding that the Dr Suhail marketed his services to NHS bodies while this claimant worked regular shifts for the respondent over many years.”

Commenting on the case, Carolyn Brown, head of client legal services at law firm RSM, said: “This case serves as a further reminder of the challenges of establishing self-employment in long term integrated working relationships. Descriptions in the contract which fit self-employment status such as ‘service level agreements’ and ‘clients’, whilst not determinative, will support a determination of self-employment.

“This also underlines how challenging each working status determination is and how each determination has to be evaluated on its own facts.”

She said it was surprising that the EAT judge was not asked to determine the nature and extent of the parties’ contractual relationship, particularly whether the contractual obligations existed between the parties between her shifts or if they only existed during a shift.

“The judge decided that there was mutuality of obligation. That constituent would have been key if the worker status were derived only from the overarching nature of the relationship including the parties’ obligations in between working shifts,” she said.

Brown said the status determination tool, which has been promised by the government ahead of the extension of off-payroll working rules to the private sector from 6 April 2020, would provide clarity around employment status for organisations engaging third party contractors.