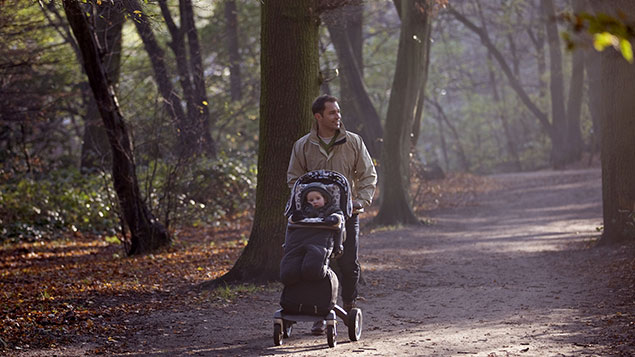 Shared parental leave will be introduced in April 2015 after the Government confirmed its intentions for mothers to be able to effectively share their maternity leave with their partners.

Despite some reports that the plans could be scrapped, the Government has published its response to the consultation held earlier in the year and outlined details of how the system will work.

Under the new regime, a mother will retain the right to 52 weeks’ maternity leave but she will be able to choose to switch to shared parental leave in order to share the leave and pay with her partner.

Once they have decided how they wish to take their leave, the parents will then be able to change their arrangements no more than twice in the leave period.

Employers will have to agree any proposed pattern of time off and have the right to insist it is confined to a continuous block. Fathers will also get a new right to unpaid leave to attend up to two antenatal appointments.

Further detail of some of the key points announced today, including the required notification periods and the employees’ right to return to the same job, is available on XpertHR.

Deputy Prime Minister Nick Clegg said: “Women deserve the right to pursue their goals and not feel they have to choose between having a successful career or having a baby. They should be supported by their employers, rather than being made to feel less employable or under pressure to take unchallenging jobs.

“It is already illegal to sack a woman because she is pregnant or on maternity leave, but we want to go further than that. We want to create a fairer society that gives parents the flexibility to choose how they share care for their child in the first year after birth.”

Mike Emmott, employee relations adviser at the CIPD, said the proposals will allow mothers and fathers “significant flexibility to come up with arrangements for shared parental leave that match their particular circumstances”.

Neil Carberry, director of employment and skills at the CBI, said: “We are pleased that the Government has listened to firms’ concerns about being able to plan effectively around parental leave.

“Businesses want to support parents and need a workable and straightforward system so they can do so.”

Tim Thomas, head of employment and skills policy at the manufacturers’ organisation EEF, said: “Limiting the number of change requests, encouraging employees to give upfront notification of their leave plans and giving employers the option to ask for leave to be taken in a continuous block will ensure that shared parental leave works for both businesses and parents.

“However, we are still concerned by proposals on the right to return to the same job, as employees’ roles can change frequently when companies need to make significant changes to their business.”

Sarah Ozanne, employment partner at the law firm CMS, added: “Whether these proposals will have any real practical impact will have to be seen, but experience so far has shown that very few fathers have taken additional paternity leave following its introduction in April 2011. The key factor being that they cannot afford to take the time off. The Government’s changes may therefore be a slow burn whilst more women develop their careers and their earning potential.”

“By failing to give parents the right to return to the same job after six months, the Government has also missed an opportunity to prevent a constant source of pregnancy discrimination, where mums returning to work find that their job has changed.

“The proposal will create confusion for employers and be a source of anxiety for women who decide to take more than six months of pregnancy leave.”