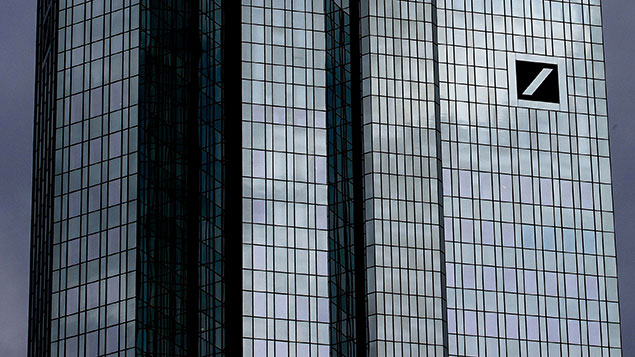 Deutsche Bank has announced it will cut 18,000 jobs over the next three years as part of a major reorganisation.

The bank has not yet specified precisely where the jobs will be lost, but has indicated it will slash its global workforce by 74,000 by 2022. London is one of its biggest centres, employing 8,000 staff.

Chief executive Christian Sewing said this was “the most fundamental transformation of Deutsche Bank in decades”, and that the restructure would cost the bank €7.4bn.

Deutsche Bank attempted a merger with rival Commerzbank in April, but both parties concluded the deal would be too costly to generate enough benefit.

Sewing added: “This is a restart for Deutsche Bank… In refocusing the bank around our clients, we are returning to our roots and to what once made us one of the leading banks in the world.”

Two years ago, John Cryan, the then CEO of the bank, said that the bank’s processes were “too manual” and that thousands of its employees could be replaced by artificial intelligence and machine learning.

Deutsche Bank has also said it will exit all activities related to the buying and selling of shares, much of which is conducted in London and New York. It’s hoped the restructure will create cost savings of €17bn by 2022.

Many big banks are investing more heavily in technology to automate processes such as balancing trades that used to be done by humans.

He said: “News of prime minister Theresa May’s resignation signalled a potential shift in Brexit negotiations in the months ahead, but with no new leader in place, these negotiations remain at an impasse. While most sectors in Britain have seen an increase in hiring despite the deadlock, the financial services sector is especially vulnerable to regulatory uncertainty and remains slow.”

“Major banking organisations as well as those from the wider financial services space, have refrained from investing in talent due to the lack of clarity.”

Many banks had put major projects on hold, he added. “If we have a no-deal Brexit, those projects and all the jobs they would have generated go from being on hold to being cancelled.”

“The City always bounces back from downturns, and it is chomping at the bit to bounce back from Brexit, but the farther we go down this hole, the harder the climb back up will be.”