Discipline and grievances: what should be in a revised Acas code?

By John Charlton on 4 Feb 2015 in Employment law, Discipline and grievances 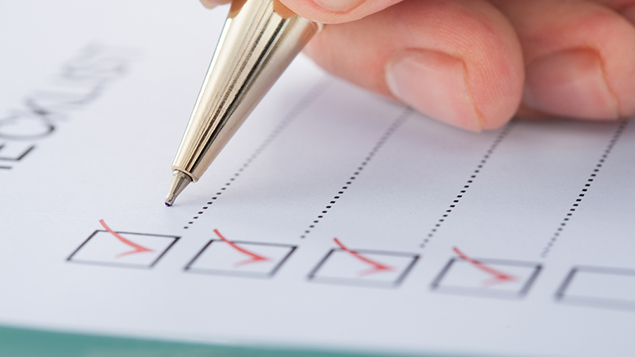 Business secretary Vince Cable has ordered a review of the Acas Code on managing discipline and grievances at work. So what do employment law experts think should be changed? John Charlton investigates.

After five years as business secretary, maybe it was Vince Cable’s parting gift to Acas – a request, or perhaps more like an order – that it was time for the “Code of practice on disciplinary and grievance procedures” to be reviewed.

FAQ: What are the possible consequences of failing to follow the Acas Code of Practice on disciplinary and grievance procedures?

Why so? After all, the code is well-entrenched and, in many ways, has become the HR department’s friend when it comes to dealing with tiresome workplace matters. Cable said: “It is five years since the code was last reviewed and, given the nature of conflict and dispute resolution at work, I feel it would now be appropriate to ask Acas to undertake a wider consultation on the code of practice as a whole. I have written to the Acas Council to request this.”

Acas is currently mulling over how to review the code and says “any public consultation is unlikely to take place during the current Parliament”.

It may well be – given that Cable will be on his ministerial bike before long – that Acas feels that there is little need to rush. After all, who knows who will be the business secretary after May?

Nevertheless, the Acas code probably does need the odd tweak given how employer-employee relations have developed in recent years, for example in the growth of fixed-term and zero hours contracts, the rise of part-time working and the continuing decline in trade union membership, especially in the private sector.

However, it is fair to say that the code has proved a success inasmuch as it is widely followed in the workplace.

A 2014 Acas research paper, An overview of employment relations in the Acas regions by John Forth, principal research fellow at the National Institute of Economic and Social Research, found as much. It was based on data from the 2004 and 2011 Workplace Employment Relations Study.

Forth’s research paper says that in 2011, 97% of employees in Great Britain (the study does not include Northern Ireland) worked in an establishment with a formal procedure for dealing with disciplinary matters or dismissals, the same as in 2004. Some 96% worked for employers who had formal processes for handling grievances.

However, it noted a rise in the use of the code’s three principles in workplace disciplinary and grievance procedures. These are to set the issue out in writing, hold a meeting and provide an opportunity for the employee to appeal.

Given that Acas –  at the time of writing – had yet to start the consultation ball rolling, reaction among employers’ and employees’ organisations to Cable’s call for a review is muted. It is a matter of wait and see.

It is understood that the TUC will coordinate the response process as far as unions are concerned, while employer bodies too are keeping their powder dry for the time being. However, it would be unsurprising if these organisations are wondering why the code should be reviewed at all.

For example, Judith Hogarth, interim head of employment policy at the Engineering Employers’ Federation, says: “We will be responding in due course. However, we remain to be convinced that there is any need for the review. We will be calling for a robust evidence-based approach to considering whether or not there is any significant problem that needs to be fixed”.

The CBI will only say that it “looks forward to participating in the forthcoming review of the guidance which will help keep it up to date and relevant for the workplace”.

Well, perhaps its relevance should be extended and clarified.

For instance, Louise Mason, senior associate at law firm Hogan Lovells, says one issue that has “given rise to some uncertainty” is the type of dismissal to which the code applies. “Although it is clear that the code does not apply to redundancy dismissals, or to the expiry of a fixed-term contract, there has been some doubt about whether dismissals for ‘some other substantial reason’ are covered, for example, those involving a breakdown of trust and confidence between employer and employee, or where an employer is seeking to make changes to terms and conditions of employment,”she says.

Trevor Bettany, partner at Charles Russell Speechlys, believes that there is “a tension” in the code between, on the one hand, the setting out of a broad framework of principles “to be taken into account in managing discipline and grievance, but which allows latitude for a range of different approaches, and which is therefore consistent with the general obligation to act reasonably under the 1996 Employment Rights Act”. And, on the other hand, the code “providing a clear steer as to what steps an employer should follow in managing a disciplinary or grievance issue”.

Bettany feels there are several issues that a review of the code should address. These include:

More detail and clarification of the code is also called for by Amanda Jones, partner at Maclay Murray & Spens. She says the section that deals with the issue of when grievances and disciplinary issues overlap could be more detailed.

Acas code revised to allow employees to choose who accompanies them

Following the Employment Appeal Tribunal’s (EAT) decision last year relating to the issue of the right of accompaniment at disciplinary and grievance hearings, Acas has revised the code accordingly.

New paragraphs in the code say that employees have the statutory right to be accompanied by a fellow worker, union representative or union official who, if not employed as such, must be certified by their union as being fit for the role. Employers must agree to a worker’s request and the latter may alter their choice of companion “if they wish”.

However a worker’s request to have a companion “must be reasonable”. For example, a worker should provide enough time for the employer to prepare for a companion’s attendance at the meeting. Such requests should be made in advance and provide pertinent details of the named companion.

The revised code was laid before Parliament on 15 January 2015.

“This is often an area where clients seek advice and the code is not particularly helpful in this regard,” says Jones. “Of course often, in such a situation, the decision for the employer will very much depend on the circumstances of the case. The code could have a section on what employers should do if an employee goes on sick leave during a disciplinary.”

She adds that, in her experience, some employers would like to see clearer guidance around the expiry of fixed-term contracts and redundancy though these are not covered by the code.

Any amendments to the code that may flow from the consultation and review should not be over-prescriptive in the view of employment lawyers.

For instance, Jones points out that, for all its shortcomings, the current code is an improvement on the old Dispute Resolution Procedures that were abolished in 2009. These were “complex and rigid”. “Any shift back towards a rigid regime by way of a (revised) Acas Code would not be helpful”.

For Bettany, it is irksome for employers to have to offer a right of appeal at every stage of the disciplinary procedure, “including early stage warnings for relatively minor misconduct or poor performance which do not jeopardise the future of the individual”.

Geoffrey Mead, partner at Eversheds is of the “if it ain’t broke don’t fix it” view. What he would not like to see is “too much change. Currently there is relative certainty and with that comes confidence for employers and employees as to what is expected of them”.

This view is shared somewhat by Hogan Lovells’ Mason which says that the code’s principle-based approach is far better than one based on statutory procedures, as it allows employers some flexibility when handling disciplinary processes. “It would be a retrograde step for the code to become significantly more prescriptive”, she adds.