Dismissal for asserting a statutory right – a trap for the unwary 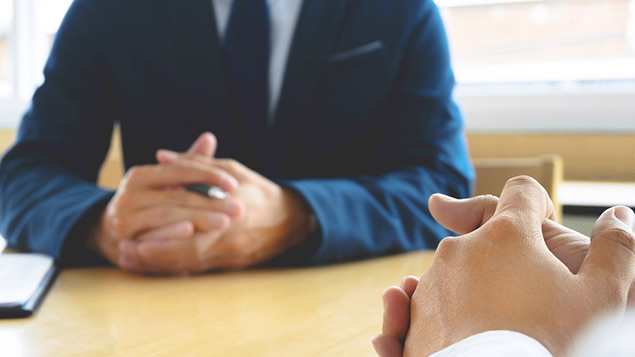 The claimant argued that he was dismissed because he had, at the disciplinary meeting, alleged that the employer had already made up its mind.

Most employers wanting to part company with an employee will be aware of the most common claims that the individual may be able to bring on termination of employment. Some require two years’ service, others do not. Charles Wynn-Evans examines one potential catch.

HR professionals will be au fait with the fact that unfair dismissal claims can generally only be made where the employee has completed two years’ continuous service. They will similarly be fully aware that some claims do not require two years’ service.

These include dismissal because of whistleblowing or unlawful discrimination on the basis of one of the protected characteristics – gender, race, sexual orientation etc – set out in the Equality Act 2010 or dismissal relating to trade union membership or activities.

A less well-known claim which does not require two years’ service, recently highlighted by the decision of the Employment Appeal Tribunal in Spaceman v ISS Mediclean Ltd t/a ISS Facility Service Healthcare, is the claim of unfair dismissal for asserting a statutory right.

Under section 104 (1)(b) of the Employment Rights Act 1996 an employee can claim unfair dismissal if the reason or principal reason for dismissal is that the employee brought provisions in relation to or alleged that the employer had infringed a “relevant statutory right”.

As the judge put it in the Spaceman case, this provision is “aimed at preventing dismissal in retaliation for bringing proceedings to enforce employment rights or asserting employment rights”.

This protection is only provided in relation to the specific statutory rights listed in section 104(4) which include those rights provided by the Employment Rights Act 1996 where the remedy for breach is provided by the employment tribunal (thereby including the rights not to be unfairly dismissed, the right to a statutory redundancy payment etc), in respect of unlawful deductions and the rights conferred by the Working Time Regulations and TUPE.

Importantly, section 104 engages whether or not the employee actually has the right in question or whether that right has been infringed – so a claim can be brought where a complaint is made about a relevant statutory right, even if the complaint itself is unfounded.

In Spaceman the claimant was dismissed following a disciplinary procedure which considered and upheld allegations against him of sexual harassment and assault.

His claim was rejected by the employment tribunal on the basis that section 104 requires an allegation that a relevant statutory right has been infringed rather than that the employer has threatened to infringe the right.

The Employment Appeal Tribunal agreed and the appeal dismissed. In its view section 104 was drafted on the basis of protection where an allegation was made that rights had been infringed – or indeed proceedings had already been commenced – and therefore protected complaints about past rather than prospective conduct.

By contrast, an unfair dismissal claim based on whistleblowing can be brought where the actual or alleged breach or default about which the employee makes a protected disclosure has occurred, is occurring, or is likely to occur – the statutory protection engages in respect of prospective as well as past and current matters.

An employer which is tempted to dismiss an employee because it takes umbrage at a complaint made by the individual need to appreciate that it cannot simply assume that the employee has no rights because the employee has under two years’ service and there is no discrimination or whistleblowing angle.

If the employee can show that his or her complaint, even if incorrect, was the or the principal reason for dismissal and related to a relevant statutory right then a section 104 unfair dismissal claim can be brought – even if the employee’s allegation is actually incorrect.