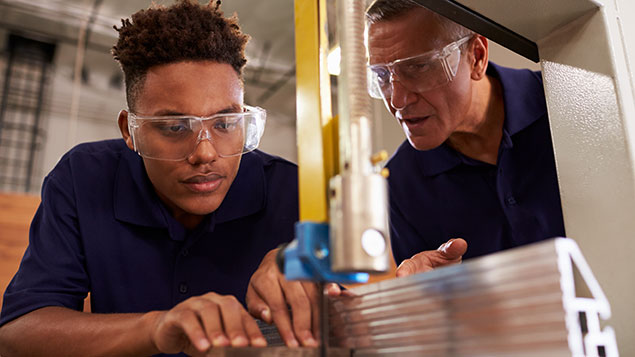 Only £268m was spent by levy-paying employers on apprentices in the programme’s first year of operation, 2017-18. This equated to just 13% of the Treasury’s £2.01bn apprenticeships budget and contributed to a £400m underspend.

These are the key findings from a freedom of information request submitted by skills body City & Guilds Group and published last week in a report titled The Languishing Levy Pot: Accessing unspent apprenticeship funds. The figures were released to coincide with the start of National Apprenticeship Week (4-8 March).

The Department for Education, which is responsible for distributing the levy scheme funds, revealed that 53% (£1.065bn) was spent on apprenticeships created before the levy was introduced even though these schemes were inaccessbile to those paying the levy.

A further £189m (9%) was spent on apprentices for non-levy paying organisations and £58m on maintaining the apprenticeship programme and service and on people still training under legacy areas of policy such as the Apprenticeship Grant for Employers and the Employer Ownership programme.

According to the Financial Times, the numbers could lead many to doubt whether the levy scheme was being used for the purposes it was intended for when it was created by chancellor George Osborne in 2015.

For Kirstie Donnelly, managing director at City & Guilds Group, this was a cause of two main concerns: “Firstly, it appears that the apprenticeship budget set by the Treasury fell well below the amount of levy money collected by HMRC, meaning the government would never have been able to fulfill its promised apprenticeship funding for employers.

“Secondly, we can see that around 90% of the, already less-than-adequate,
apprenticeship budget has not been available for employers to spend as they choose, despite that being the key reason behind the levy.

She said the government must be clear with employers about what their levy is actually covering and suggested that the money should be ringfenced so that it can only be spent on new apprenticeships or support for companies wanting to offer them.

“In light of these findings and the fact that our own research shows 95% of levy-paying employers were not able to spend their full allowance in the first year, we are calling on the government to increase flexibility and provide clarity around the apprenticeship system. Apprenticeships are key to unlocking the economic and social prosperity of our country and without the full trust and support of government, we will find it difficult to be able to reap the benefits they offer.”

A spokesperson for the Department for Education defended the use of the money for non-levy training. They said: “It is right that the [levy] funding should be used for people midway through courses when the levy was introduced. We continue to work with employers to raise awareness of how to get the most out of their levy funds and are listening to their feedback by introducing more flexibility in how it can be used.”