Does the costly BBC case shed light on when to settle tribunal claims? 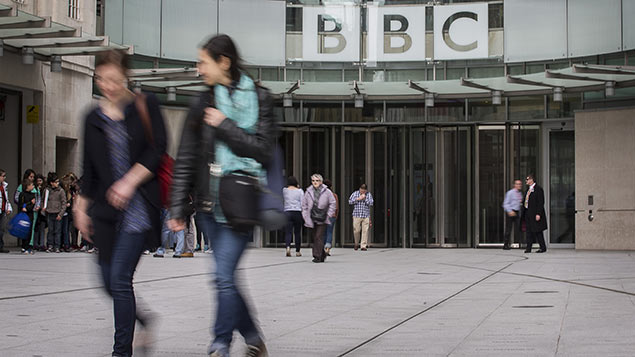 A recent tribunal where the former BBC technology chief was found to be unfairly dismissed ended up costing the corporation a great deal more than the cost of settling the case would have. But how does an employer judge when to settle a tribunal claim?

Losing at tribunal is a soul-destroying experience, not least because it comes after hours of preparation, anticipation and anxiety for the parties and their witnesses – not to mention cost. Even those who succeed often experience the feeling of an anti-climax and are left wondering whether or not the cost to them both commercially and emotionally was truly worth it.

Many who have been involved in the tribunal process would have had some empathy for the parties in the decision of a recent employment tribunal, which found that the former BBC technology chief John Linwood was unfairly dismissed after he was fired over the unsuccessful Digital Media Initiative (DMI).

The failed project cost £98.4 million and was written off in May 2013 with a tirade of public scrutiny and backlash. The DMI represented a mere 5% of the technology chief’s time and budget, yet he was the only employee to be disciplined.

Resolve an issue with a settlement agreement

Attempt to settle a tribunal claim through Acas

The tribunal was scathing about the BBC, which led to further deeply damaging publicity as they observed that the dismissal was due to senior BBC figures “steering the spotlight of blame in other directions” in order to protect their own positions.

There were yet more damaging disclosures as it emerged that the BBC was offered the option of settling the claim for £50,000 in exchange for “an admission by the BBC of liability for unfair dismissal… and a short agreed public statement disposing of the proceedings”.

Perhaps the issue here was not so much the money but the insistence of the admission of liability that would have carried some serious issues for the BBC; most settlements are made without such an admission. The BBC’s legal costs were £200,000, so was it worth the risk?

Cases are not decided on the papers alone and witnesses will be called and cross examined – for this reason litigation risk cannot be eliminated entirely, the only variant being the degree of risk.

Lawyers cannot predict the outcome, they can only give an assessment of merit and presumably, given the fact of the £50,000 being declined, the lawyers for the BBC had some confidence in the case. Some employers may be disheartened by this as, even with the best lawyers instructed, the case was still lost.

“Taking a stand” versus settling

However, settlement is not always the best option. Aside from the merits of success there are a number of other factors that may warrant “taking a stand” as opposed to settling.

Employers that settle cases easily can develop a culture of settlement agreements where some staff think that to get money all they have to do is lodge a claim. After all, it was not long ago that the BBC was being heavily criticised for rewarding failure with lucrative exit packages where there should have been more accountability for failure.

The nature of the employer will also be crucially important in the “settle or not” debate. Is the case likely to draw publicity and, if so, is that likely to be damaging to the employer’s business?

In another high-profile tribunal case this year, the trusted baby food expert Annabel Karmel was named as a respondent in a case of sexual harassment, among other things, by a male staff member that she had dismissed after a few months’ employment.

Karmel settled the case at the tribunal (after the evidence had started but before she had given evidence) but the fact that she was named drew negative publicity and the cloud of public suspicion – albeit that the allegations were strongly denied and not proven.

This case highlights two important factors in evaluating whether or not to settle: whether or not there are salacious allegations that could be damaging if reported (even if strongly denied and unproven); and the timing of settlement. Had Annabel Karmel settled the claim before the trial started, or at the pre-action stage, the reporting would likely not have happened at all.

Obviously, any decision will need to have a complete review of the merits of the case. If you are almost certain to lose then usually the best advice is to settle as soon as you can. If the losing case cannot be settled commercially, then expert representation should be sought to deal with the options available as they will depend on the facts of the individual case.

Also, the merits of the case can change along the way; documents may be disclosed that can affect prospects either way, as can the contents of witnesses’ statements. A case that you thought you might lose at the outset might look better after statements and documents are exchanged and vice-versa.

Legal costs and the downtime for the witnesses are also important factors. Some employers have insurance for legal fees, settlements and awards and, by having this protection, the motivation for settlement on the grounds of costs and risk can be dramatically mitigated.

Therefore, the advice to employers is to evaluate each case as it arises, as it is not only the merits of winning and costs that determine the value of settlement. Once a claim is started, employers should avoid taking an emotionally entrenched position and try to objectively evaluate all the factors above and keep the situation under review.

Vanessa James is a partner and head of employment and immigration at SA Law.
View all posts by Vanessa James →
Previous Article
Next Article