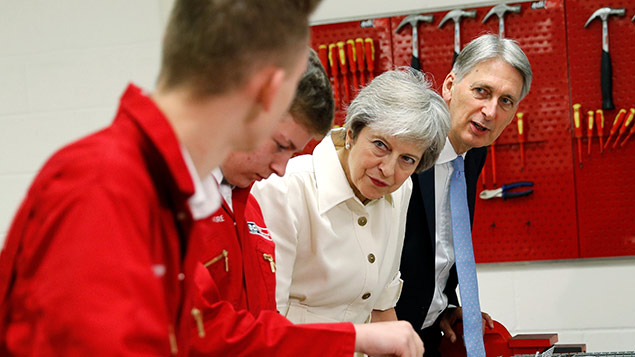 Training providers have called on the government to remove the highest and degree level apprenticeships from the scope of funding in order to relieve growing pressures on the apprenticeship levy.

The call from the Association of Employment and Learning Providers (AELP) follows the National Audit Office’s warnings about the long-term sustainability of the apprenticeship levy funded skills programme and come ahead of a hearing of the Public Accounts Committee next week.

The NAO report highlighted the reduction in new apprenticeship starts being offered to young people by employers because the levy is being used up by levy paying organisations to fund more costly apprenticeships at levels 6 and 7.

AELP chief executive Mark Dawe said: “AELP is an enthusiastic supporter of degree apprenticeships and it is encouraging to see so many universities across the country now using their open days to promote them.

“However unless the government decides that it wants to levy more money from employers, the apprenticeship budget will soon be exhausted and therefore a new way of funding the highest level apprenticeships has to be found.”

The AELP argues that funding for level 6 and 7 apprenticeships should instead be consistent with the recommendations from Post 18 Education and Funding Review for full-time higher education with a combination of student loan, government grant and employer support where appropriate.

Dawe added: “The government seems to have lost sight of the importance of SMEs offering apprenticeships when they have been the bedrock of the programme over the last two decades.

“They are the ones who have consistently been making a positive impact on social mobility and productivity by investing in fantastic apprenticeship opportunities at all levels of the programme, especially for young people. The AELP proposals would restore a proper balance to what the priorities of the programme should be.”

Defenders of the current apprenticeship levy argue that the levy-paying employers should be free to decide which level apprenticeships they should allocate their reclaimed money to. However, the AELP argues that levy payers account for only 2% of all employers. “Unchecked the present system may soon leave the other 98% with little or no funding for new starts at any level, which cannot be justified,” it said in a statement.

Pressures on funding should also make the government consider increasing the levy receipts by either raising the rate of the levy or expanding the number of employers who are required to pay it.

With new level 2 apprenticeship starts currently less than half than their number before the levy was introduced, the AELP believes the availability of intermediate level apprenticeships for young people in SMEs across the country is the biggest problem we face.

“Politicians can’t claim that apprenticeships offer a ladder of opportunity if the bottom rungs are being chopped away,” said the AELP.

In a submission to the Department for Education – A Sustainable Future Apprenticeship Funding Model – AELP has proposed in addition to the removal of level 6 and 7 apprenticeships from levy funding the following: