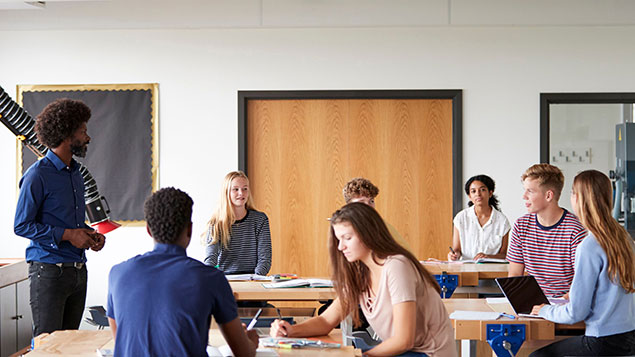 The government is unlikely to reach its target of 3 million new apprenticeships by 2020 and there are “concerns about the programme’s long-term sustainability”, according to a damning report from the National Audit Office.

In its latest report on the apprenticeship system, the NAO found that in 2017-18, eligible employers only accessed 9% of apprenticeship levy funds available. This equated to £191 million of an available pot of £2.2 billion, and considerably less than the government’s anticipated prediction of 13%.

More than nine in 10 want more flexibility on apprenticeship spending

In the 2016-17 academic year, almost a third of people reached the end of their apprenticeship but did not achieve the qualification.

Furthermore, 27% of training providers had such low achievement rates for apprenticeships that they met the criteria for intervention by the Education and Skills Funding Agency (ESFA).

The NAO has suggested this is because employers are choosing higher level apprenticeships, which tend to be more expensive. This also means that it is more likely the apprenticeship programme will overspend.

Despite a spike in apprenticeship starts in 2017, the last month when employers and training providers could use the previous payment arrangements, numbers fell substantially after this. There was a 26% drop in apprenticeship take up in 2016-17 compared with the year before (the last full year before the reforms).

There was a particularly marked drop in Level 2 apprentices in 2017-18 compared to the year before, at 55%. The NAO says the continuing fall in apprenticeship starts has a lot to do with employers’ uncertainty around how the levy system would work, but that it “may also be an indication of a move away from apprenticeships that do not meet quality requirements such as apprentices spending at least 20% of their time doing off-the-job training”.

In order to meet its target of 3 million new apprenticeship starts by 2020, the rate of starts would need to double between now and then, the NAO found.

Compounding this problem is the fact that developing new standards has been slow – the NAO had previously pointed out that they were taking around a year to develop, meaning many employers were forced to slot staff onto the older, framework-based system. The standards now need to be approved by the Institute of Apprenticeships, which faces a backlog in approvals, according to the NAO, so this process could take even longer.

That said, the report found that the introduction of standards – designed to be more relevant to employers than previous apprenticeship training – had led to an increase in the number of apprenticeships taken up at Level 4 or above.

There were also concerns around both the quality of and access to off-site training.

The NAO report reinforced the fact that the ESFA still has limited assurance that apprentices spend the required 20% of their time on off-the-job training, typically with their training provider.

In its report, the NAO recommends that the Department for Education does the following by the end of this year:

At the same time, it noted that around a third of apprentices covered by inspections in 2017-18 were trained by providers rated by Ofsted as “inadequate” or “requires improvement”.

Furthermore, assessment arrangements are often incomplete – some newer standards may only have one assessment organisation in place, for example, which leads to delays or lack of capacity to complete assessments.

The apprenticeship programme attracted further criticism from the NAO on its failure to improve diversity. It said that the DfE’s targets for widening participation among under-represented groups “lack ambition”.

Despite meeting targets for the number of black, Asian and minority ethnic (BAME) apprentices, as well as those with a learning difficulty, disability or health problem, the NAO said these targets were “not stretching”.

“For example, the target for starts by BAME apprentices (11.9%) is lower than the working-age BAME population of England (14.9%) and much lower than the proportion of BAME pupils at the end of key stage 4 (20.7%),” the report pointed out.

It also noted that the DfE has “no targets relating to gender equality, despite the notable under-representation of women in science, technology, engineering and mathematics (STEM) apprenticeships”.

The NAO acknowledged that the DfE had made some reforms to the programme since its last report in 2016, including the introduction of the levy and moves to make apprenticeship training more flexible and accessible. However it concluded that there are “concerns about the long-term sustainability of the programme”.

“There is a clear risk that the budget may be insufficient should demand pick up in the way that would be needed for the programme to meet its objectives,” the report said. “Government would then need to choose between providing more funding, inhibiting growth in apprenticeships or reducing the level of public funding for some apprenticeships.”

Meg Hillier, chair of the the Public Accounts Committee, said: “While the government has reformed its apprenticeships programme increasing the focus on quality, it is concerning that employers used so little of the money available for new apprenticeships last year and that the ESFA can’t be sure that apprentices are spending enough time on off-the-job training.

“The government has not set out transparently how it measures the impact of the apprenticeships programme on productivity, has set itself unambitious targets for widening participation among under-represented groups, and there is a danger that, in the long run, the budget for the programme will not be enough to meet the government’s aims.”