By Jo Faragher on 7 Apr 2015 in Zero hours, Political elections 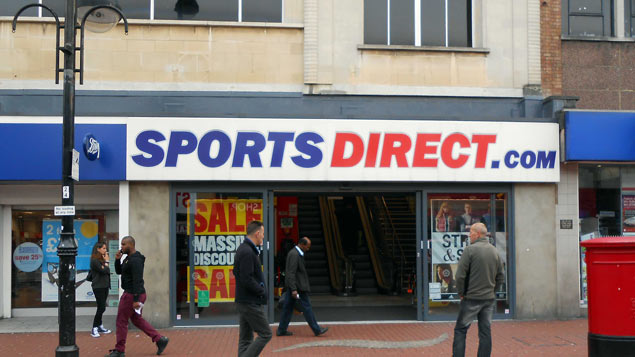 Sports Direct has come under fire for its use of zero hours contracts. Photo: Roland Hoskins / Associated Newspapers/REX

Zero hours contracts continue to be a contentious issue in the run-up to the election, but how will the parties’ pledges play out after May? Jo Faragher reports.

How to employ an individual on a zero hours contract

Ed Miliband’s announcement last week that Labour would offer zero hours workers a regular contract after just 12 weeks has certainly upped the ante in the debate over the use of these controversial arrangements.

The subject of zero hours contracts has become a key political focus for this election. As an issue it is emotive – take the story of the 18-year-old zero hours contract worker at Sports Direct, who claimed she was only granted three hours’ work a week and was paid less than other, full-time employees because she did not sell enough “add-ons” to shoe sales.

At the same time, the debate crudely places political parties on either the side of the employer, who may want to use zero hours contracts to build a more flexible workforce, or the employee, who is being exploited by not knowing how many hours they will be working from one week to the next.

Labour had previously suggested that it would grant zero hours contract workers a firmer contract after 12 months, following recommendations from former Morrisons HR director Norman Pickavance, that they should have a right to request a regular contract after six months, and be granted one after a year.

“All the major parties have promised action, with Labour proposing a package of protections including regular contracts for those working regular hours, protection for refusal of extra hours and compensation for last-minute shift cancellation. The Liberal Democrat priority is tacking exclusivity arrangements.”

It is generally recognised that promising a single hour of work and a single hour of pay as a way of getting round zero hours legislation would be abusive, but where is the line drawn, and by who?” – John Longworth, BCC

This final Liberal Democrat priority has already been partially achieved – the Department for Business, Innovation and Skills has already included a clause in the upcoming Small Business Employment and Enterprise Bill to prevent employers from requiring staff to sign exclusivity clauses if they earn below a certain weekly wage.

However there has been some confusion from BIS as to when this clause might be enacted, despite claims from the department that exclusivity has been ‘outlawed’, when in fact this is still in the pipeline.

Richards believes that because there is some cross-party consensus on tackling abuses of zero hours contracts, “it may be possible to introduce further change quickly” after the election, in comparison with more contentious areas such as tribunal fees.

Meanwhile, the UK Independence Party (UKIP) has pledged that it would force large employers to grant workers fixed-hours contracts after 12 months of working on zero hours terms. UKIP employment spokesperson Jane Collins said that the party would also devise a code of conduct on the use of zero hours contracts – “with the threat of legislative action if it is not observed”.

“Such employees will be under no compunction to accept a regular hours contract if it does not suit them, but must be offered the choice,” Collins has pledged.

Green party leader Natalie Bennett would like to see an outright ban on zero hours contracts, saying: “The ice-cream shop that calls staff in or not on the basis of the next day’s weather forecast might be maximising its profits, but its putting its workers in an impossible situation – and ensuring that the state has to pay corporate welfare to cover the shortfall.

“Zero hours contracts should be banned, and I’d urge every shopper to consider the list of companies that use them, and consider whether they want to give their shopping cash to them.”

Unsurprisingly, large businesses and industry lobby groups would prefer any legislation around zero hours arrangements to have a “light touch”, to ensure they can still access workers according to peaks and troughs in demand.

John Longworth, director general of the British Chambers of Commerce (BCC), says of Miliband’s proposal: “Heavy-handed regulation of employment contract options is not the answer. There are surely better ways to help improve the prospects for the lower paid, such as promoting training in the workplace, which would help more people move up within businesses and earn more.”

Colin Leckey, a partner in the employment team at law firm Lewis Silkin, argues that because of all the potential loopholes, and the problems in defining a “regular” contract, any post-election legislation on this issue is likely to have a limited impact.

He says: “It is unclear what exactly Labour means by a ‘regular contract’, but presumably one with certain pay in return for certain hours. This ambiguity raises a number of unanswered questions and difficulties.

“First, how much pay – and how many hours – will an employer be required to promise? The outgoing Government has struggled with this issue in its own consultation on zero hours contracts.

“It is generally recognised that promising a single hour of work and a single hour of pay as a way of getting round zero hours legislation would be abusive, but where is the line drawn, and by who?”

Answering these questions in detail, of course, detracts from the political rhetoric in the run-up to an election, so it may be some time before employers know exactly where they stand.