Electronic balloting for industrial action to be independently examined 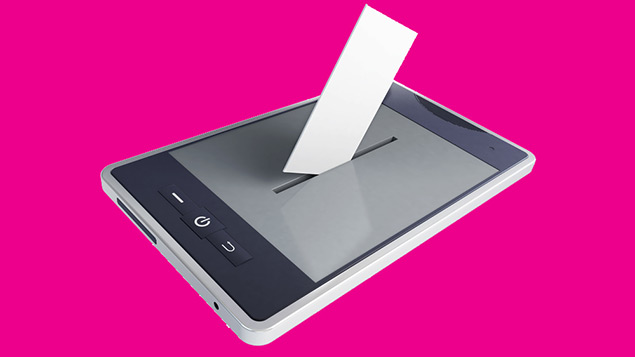 Could electronic voting improve turnout in ballots for industrial action?

Sir Ken Knight, the former chief fire and rescue adviser, will lead an independent review of online voting for industrial action ballots, the Government has announced.

Respond to a trade union’s request for compulsory recognition

The review is being launched after the Government agreed to look into digital balloting when the Trade Union Act 2016 became law in May.

TUC general secretary Frances O’Grady said: “We welcome [the] announcement of the independent review into allowing union members to use online voting – the result of union campaigning during the Trade Union Bill debates.

“It is time to bring union balloting into the 21st century and let members vote securely online… Allowing union members to vote online should be an uncontroversial move welcomed by anyone who values democracy.

“It is in everyone’s interests that the review is carried out quickly and not dragged out.”

The Knight Review will investigate key issues surrounding the use of electronic balloting for industrial action, including:

Margot James, business minister, said: “The Trade Union Act ensures strikes will only ever happen as a result of a clear, positive decision by those entitled to vote. The Knight Review will explore the issues and implications of allowing electronic voting in industrial action ballots and I look forward to reading his findings.”

Sir Ken Knight said: “I am pleased to play my part in considering how best to ensure that, at the time of industrial tension, individual trades union members have their voice heard in making key decisions about the future of the industry they work in.”

It is in everyone’s interests that the review is carried out quickly and not dragged out.” – Frances O’Grady

The Trade Union Act 2016 states that pilot schemes shall be permitted for electronic voting before it is rolled out in strike ballots.

Stephen Simpson, principal employment law editor at XpertHR, commented: “Given that the Trade Union Act will require a 50% voting turnout for industrial action ballots, this review is an important concession to the unions.

“It is undeniable that allowing members to vote online will increase the likelihood of unions reaching that 50% threshold. While online security will be the big concern, there are surely few other arguments against the introduction of electronic balloting.”