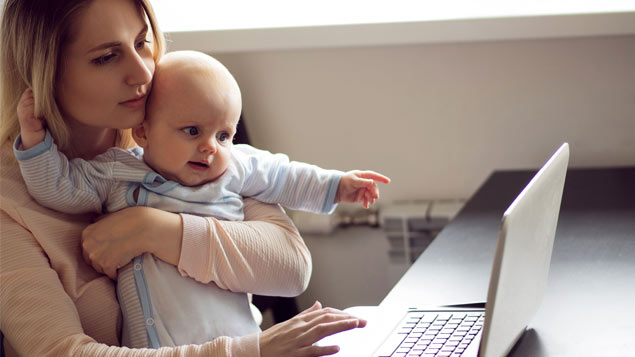 Large organisations should be forced to publish retention rates for new mothers returning to the workplace in order to tackle the “shocking” levels of discrimination they face, a group of MPs have urged.

In its response to the government’s consultation on bolstering protections for new parents, the Women and Equalities Committee says it welcomes plans to extend the existing legal protection against redundancy for pregnant employees and new mothers for six months after they return to work.

However, it urges the government to go further if it wants to take real action – including offering similar protections to those on shared parental or adoption leave.

Committee chair Maria Miller indicated that little improvement has been made in the treatment of pregnant women and mothers at work since it published a report that laid bare the discrimination that many faced three years ago.

“Our inquiry heard shocking stories of workplace discrimination and of the emotional, physical and financial impact on women. On World Maternal Mental Health Day, we call for the introduction of company reporting of maternity retention rates.

“The effect of discriminatory redundancies, particularly for casual, agency and zero-hours workers, is devastating for them and their families. Today should be an opportunity to refocus minds on tackling this important issue once and for all,” she said.

Other recommendations put forward by the MPs included setting up a single, comprehensive website to raise awareness among employers and workers of new parents’ rights; ensuring frontline health professionals can provide basic advice to pregnant women and mothers; and considering whether to increase the time limit that pregnancy and maternity discrimination claims can be taken to an employment tribunal from three to six months.

Our inquiry heard shocking stories of workplace discrimination and of the emotional, physical and financial impact on women,” – Maria Miller.

Miller said: “At present, the burden of enforcement rests too heavily with the individual experiencing discrimination so there must be a new mechanism to increase compliance by employers if women’s lives are to be improved.

“We are disappointed that the government has once again failed to take action regarding the prohibitively short three month time limit for bringing an employment tribunal claim, despite significant public and parliamentary support for extending the time limit.”

Further clarity around the development of a new, single labour market enforcement agency – proposed in the government’s Good Work Plan last year – was also urged by MPs, as well as confirmation that such an agency would tackle maternity and pregnancy discrimination.