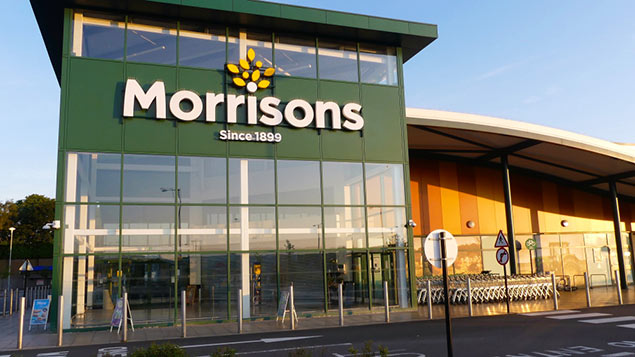 We look at six important employment law cases that will get the headlines in 2020, covering significant issues such as the national minimum wage for sleep-in workers and unlawful inducements and collective bargaining.

Are sleep-in workers entitled to the national minimum wage while asleep?

The Supreme Court is due to hear Royal Mencap Society on 12 and 13 February 2020.

This employment law case has dominated the headlines in the social care sector for the past two years because of its potential financial impact for employers that have “sleep-in” workers in care homes. And this year will see the Supreme Court settle the argument over the pay of these workers once and for all.

If the appeal is successful, it will have wide implications for employers that have staff who sleep at work until called upon. They will face ongoing increased staffing costs as well as claims for back pay for the previous six years. It’s been estimated that the total bill could be around £400 million.

Is a direct pay offer to employees over the head of the union unlawful?

Trade union legislation does not allow employers to offer incentives to workers to influence their relationship with unions.

In this case, the employer had reached a stalemate with the recognised trade union over a pay package and Christmas bonus. It decided to write to its workforce directly and it wrote to them twice, offering a deal and threatening consequences if they rejected it.

Both the employment tribunal and the Employment Appeal Tribunal (EAT) found that the employer’s actions were unlawful. They rejected the employer’s argument that it had never intended to induce its employees to opt out of collective bargaining and that it had intended only to inform them that they would lose their Christmas bonus if they did not agree to the changes in time.

Employers were relieved when the Court of Appeal disagreed with the EAT and reversed its decision. The Court held that the purpose of the trade union legislation is to prevent inducements to employees to opt out of collective bargaining altogether, and not to give trade unions a veto on minor changes to the terms and conditions of employment.

However, this judgment is unlikely to be the end of the matter as the union is seeking leave to appeal to the Supreme Court. It is expected that leave will be granted as this is the first time that the appeal courts have looked at this particular area of trade union legislation.

We will find out from the Supreme Court if an employer is vicariously liable for the data protection breaches of an employee even though the employer itself was not at fault for the way in which it processed and protected personal data.

In the first group data breach action to come before the courts, the Court of Appeal held that the supermarket is vicariously liable for the actions of a rogue employee who published the personal data, including bank and payroll information, of nearly 100,000 of his co-employees online.

The Court of Appeal rejected the supermarket’s argument that it could not be liable as the rogue employee had published the information using his personal computer at home on a Sunday, and several weeks after he had downloaded the data at work. The Court held that the claimants’ cause of action had arisen the moment the data was downloaded and not when it was published.

The Supreme Court is expected to deliver its decision in WM Morrison Supermarkets plc in the first half of 2020.

While the Court of Appeal was troubled by the fact that the employee’s motive was to harm the supermarket rather than gain a benefit for himself, it found that case law had established that motive is irrelevant.

The Supreme Court heard the appeal in November 2019 and employers are waiting anxiously for the decision. If the appeal is dismissed, employers may be liable for a rogue employee’s misuse of data even where they have complied with data protection legislation.

And age discrimination will be at the forefront due to changes in the pay progression for probation officers following the financial crisis and government funding cuts.

The changes meant that newly appointed probation officers took 23 years to progress to the top of the pay scale, instead of the previous seven or eight years.

Mr Heskett brought a claim of age discrimination in the employment tribunal. He argued that the pay progression policy indirectly discriminated against younger probation officers, like himself.

The tribunal found the pay progression policy was discriminatory but it was justified because the Ministry of Justice’s legitimate aim was to agree a “fair policy in straitened circumstances”.

The EAT agreed with the tribunal. The EAT said that there is a difference between justifying a discriminatory policy on cost alone – which is not normally a valid justification by itself – and justifying it on the basis of absence of means. The EAT found that the Ministry of Justice had been compelled to cut costs because of government policy and it had tried to avoid redundancies and had negotiated with the unions.

Mr Heskett has appealed to the Court of Appeal. The Court’s decision will be of particular interest to employers in the public sector that always have to be mindful of saving costs.

Dewhurst and others v Revisecatch Ltd t/a Ecourier and another

It is expected that this controversial first-instance decision will be appealed as conventional wisdom is that TUPE applies to employees only.

The couriers brought, among other claims, cases in the tribunal for failure to inform and consult under TUPE. Their claims could proceed only if the couriers, as workers, fall within the definition of “employees” under the TUPE legislation.

The tribunal allowed their claims to proceed because, in its view, TUPE protection extends beyond employees to cover workers.

If the decision is upheld, it would mean that employers would have to include workers in employee liability information and inform and consult with them on a TUPE transfer.

This high-profile case has hit the headlines for the past few years but the proceedings will end this year when the Supreme Court delivers the final judgment.

The Supreme Court is due to hear the appeal in Uber BV and others in July 2020.

The decision is hotly anticipated by employers in the gig economy because it has significant business implications. This is because worker status entitles individuals to receive basic worker rights such as the national minimum wage and paid annual leave.

One Response to Six employment law cases that will shape 2020