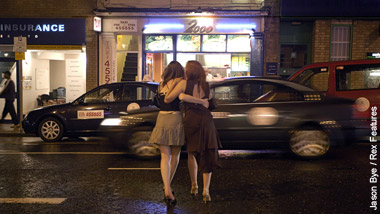 Longer drinking hours in England and Wales have led to more than 660,000 extra days of absence from work every year, research has found.

Researchers from Lancaster University Management School examined two recent policy changes, one in England and one in Spain, which had increased and decreased opening hours respectively.

Economists Colin Green and Maria Navarro, using the Government’s UK Labour Force Survey, compared work absence rates from before and after the 2005 Licensing Act changes and found that absence rates rose by 1% after more pubs and bars could legally stay open past 11pm. For a workforce of 25 million people, a 1% rise in sick leave equals an estimated 5,349,617 hours or 667,702 sick days in total across all workers in England and Wales.

On the assumption that regular drinkers will suffer more health problems, the researchers also concluded that an increase of 1.5% in health problems among the working-age population equates to an extra 501,000 people reporting ill health following the policy change, with the number of women reporting health problems higher due to a marked increase in female drinking.

In addition, the researchers examined similar recent legislation in Spain where drinking hours were reined in from 6am closing to between 2.30am and 3.30am and found that Spanish workforce absence dropped.

Author of the report Colin Green told Personnel Today: “Extended drinking hours in England and Wales led to more workplace absence, though it’s hard to pick out whether it’s whole-day absenteeism or tardiness. These types of decisions on leisure behaviour have an impact on the workforce. From an HR perspective it’s difficult to know what you can do because you can’t impose prohibitive rules on what your employees do.”