Apprentices in Wales should receive same financial support as students 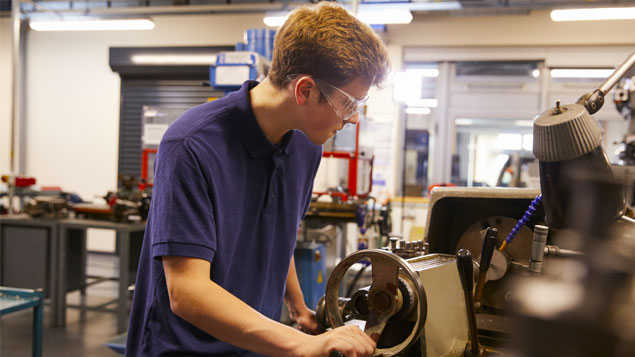 Financial support for apprentices in Wales should be strengthened to encourage more people to take up vocational training.

In its Apprenticeships in Wales report, the Welsh Assembly’s Economy Infrastructure and Skills Committee called for the creation of a competitive hardship fund for apprentices on the lowest pay levels.

It suggested that this would help break down some of the financial barriers that prevent more people from starting an apprenticeship in the country.

It recommended that the Welsh Government establish a universal grant to cover living costs – similar to the scheme the country will offer to university students from 2018/19 – to provide financial support for apprentices while they are training.

The introduction of concessionary travel fares was also suggested, which the committee said would help reduce commuting costs that sometimes deter people from low income households from choosing an apprenticeship.

Committee chair Russell George said: “There is a strong moral case for the Welsh Government to apply similar levels of support to apprentices as would be available to their peers in full-time education.

“Parity of esteem between vocational and academic routes needs to be underpinned by parity of support for learners.”

The report also highlighted that the percentage of disabled apprentices in Wales lags far behind elsewhere in the UK. Just 1.3% of apprentices in the country have a disability, compared to 9% in England.

It found that this was due to limited apprenticeship models or work placements suitable for disabled people, as well as a lack of awareness of vocational training among employers and those with a disability.

Gender segregation among apprentices also remained: just 1.6% of construction apprentices in the country were female, compared to 96% of those in children’s care, learning and development apprenticeship programmes.

George added: “Both the Welsh Government and stakeholders are committed to address this, and are taking steps to do so, but progress has been slow. This issue is not unique to Wales.

“We are recommending annual publication of figures to maintain pressure and ensure that apprenticeships in Wales are available to all.”