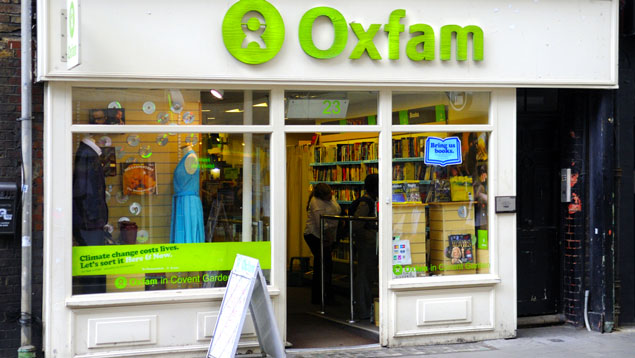 The sex scandal engulfing Oxfam’s operations overseas has now extended to its charity shops in the UK, after its former head of safeguarding described the situation where adult volunteers working with child volunteers do not require criminal record checks as an “extraordinary loophole”.

In an in-depth interview on Channel 4 News, Helen Evans said that in the space of one month her team received three allegations of child abuse in its retail stores.

In December 2014 she was scheduled to present the results of her survey to the Oxfam leadership team but was told not to attend one hour before.

Mark Goldring, the current chief executive, explained in an email: “You are right that this is a serious issue. [The leadership team] recognised this but felt that there was nothing as a group that we could add to the situation, which was clearly laid out on the paper”.

In a tweet Evans published yesterday, Evans said she took her concerns regarding sexual abuse in its UK charity shops to Oxfam’s trustees, making a business case for substantially more resource. Her team had comprised 1.4 full-time staff, including Evans. Management responded by saying it would conduct a strategic review, with no immediate commitment to change.

“At this point I felt I’d exhausted all avenues available to me internally and that my position with the organisation was no longer tenable,” said Evans.

In her interview with Channel 4 News, Evans described a case where an adult volunteer in an Oxfam shop had assaulted a child volunteer, which went to court.

“That troubled me,” said Evans, “because I knew that Oxfam was not conducting the criminal record checks that it needed to conduct, that children were being left alone with adults that hadn’t been record checked”.

Evans, now a county councillor but who began her career in HR in 2003, agreed that the lack of any need for checks were an “extraordinary loophole”.

“Oxfam, and all the charity shops, people trust. They trust them because they’re charities and the point I made repeatedly is that parents are trusting these organisations to keep their children safe when they volunteer.”

Criminal record checks, or DBS checks as they’re now known, are required for job applicants in roles that are defined as a “regulated activity” in the Safeguarding Vulnerable Groups Act 2006.

Activities include: the teaching, training or instruction of children; care for, or supervision of, children; advice and guidance for children relating to their physical, emotional or educational wellbeing; and the driving of children in prescribed circumstances.

Laura Pointon, employment solicitor at Brabners law firm, told Personnel Today: “This is not a cut and dried situation from a legal standpoint and you could argue that the law doesn’t give charities enough power to undertake reliable background checks on volunteers.

“As they are activities of the volunteers and not employees and as they are likely to be carried out on a temporary or occasional basis, they do not fall under the ‘regulated activity provider’ definition that would enable a charity to undertake the DBS checks at the outset.

“Yes, Oxfam should seek to do more than simply follow the letter of the law in this situation, especially given the ethical and transparent values they seek to uphold and the wider allegations of misconduct by people representing the charity.”

She added that Oxfam and similar organisations have limited power to self-regulate. If the activities did not fall within the definition of a “regulated activity provider” the charity could request voluntary disclosure from the applicants. But that might make them vulnerable to incorrect or, in some cases dishonest, information being disclosed and therefore make it difficult to authenticate every individual.