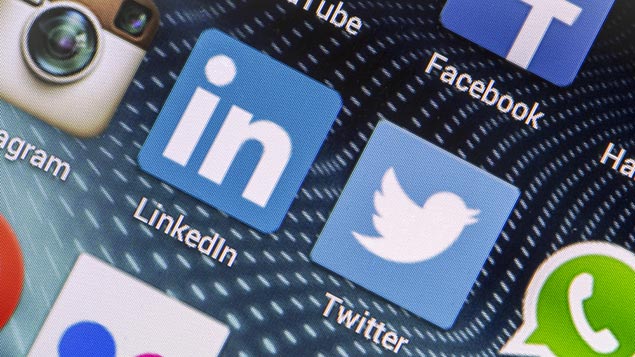 In December 2014, the Employment Appeal Tribunal (EAT) considered the misuse of Twitter by an employee for the first time. The decision gives employers plenty to think about in relation to the use of social media at work.

With employees making daily use of social media in their own private time, the challenge for employers looking to protect against online misuse that harms them has arguably never been greater. A recent legal decision reinforces the need for workplace social media policies.

The claim involved a manager employed by Game Retail Limited, the game stores operator, as a risk and loss prevention investigator. Although he opened his Twitter account for his own private use and used it in his own time, he started to use it for very limited work purposes. Somewhat ironically, as it turns out, he followed 100 Game retail stores, each had their own Twitter feed, to monitor inappropriate use by other stores, and 65 stores followed him in return.

A concern was raised by a Game management colleague relating to a number of tweets that the manager had sent from this personal account, allegedly aimed at a wide range of groups, including Newcastle supporters, dentists, A&E workers and “t**** in caravans”. His employer considered these tweets to be offensive, threatening and obscene, and liable to be viewed by anyone on Twitter. It therefore dismissed him for gross misconduct.

He brought an unfair dismissal claim challenging the sacking, and was initially successful. The Employment Tribunal took the view that he had not registered on Twitter as part of his job, his tweets all concerned matters unrelated to work that were made in his own time and, beyond the one concern raised by a colleague, it had not been established that any member of the public or staff had access to his tweets and had been offended. In other words, this was a theoretical risk.

The judge noted that none of his tweets referred to him working for Game or about his work in any way. Finally, a relevant factor was that his employer had no policy in place at the time of his dismissal stating that misuse of social media in private time might be treated as gross misconduct. For these reasons, the tribunal found that his dismissal was unfair.

Game appealed that decision. In upholding its appeal, the EAT held that the judge had essentially failed to have proper regard to the public nature of Twitter. No attempt had been made by the manager to restrict access to his tweets by means of privacy settings, so they were publicly visible by default, including beyond his followers.

His intention to use it for private purposes only had to be balanced with the reality that he was following 100 Game stores and 65 were following him in return, making his tweets available to them. He had not chosen to use two Twitter accounts, one for work purposes and one for private purposes. His offensive tweets had, as a matter of fact, led to a concern being raised by a colleague.

The EAT ruled that, in failing to engage with these points, the tribunal had gone astray and the case was sent back to be determined by a fresh tribunal. At the time, the EAT was asked by the parties to provide guidance generally on the use of social media, but it declined to do so. In the view of the EAT, each case was likely to be unique on its own facts. Issues such as whether or not there was a policy, the nature and seriousness of the misuse, whether or not there had been previous warnings, and any actual or potential damage to customer relationships were all obvious and general. Therefore, laying down set guidance for tribunals to apply in such cases was unlikely to be helpful.

Lessons for employers on social media at work

This reluctance to provide guidance aside, the most obvious lesson for employers from this decision, and earlier cases involving Facebook, is that it is now essential to have a clear policy on the use of social media by employees. Such policies should spell out that private use in an employee’s own time, which impacts the employer or its reputation, can lead to disciplinary action, including dismissal.

In this particular case, the most important feature was arguably the fact that the manager used his own personal Twitter account to follow other work retail stores and allow them to follow him. His own actions compromised any argument that his tweets were entirely private and did not impact his employer.

That position was also undermined by his failure to apply any privacy settings to his tweets, making these publicly available, beyond his followers. As such, perhaps the main lesson for all of us here, lawyers included, is to take care over both who you follow on Twitter and over who follows you, lest your own private posts become a work-related issue.

Alan Delaney is an associate in the Employment team at Maclay Murray & Spens LLP.
View all posts by Alan Delaney →
Previous Article
Next Article