By Laura Chamberlain on 30 Jul 2012 in HR practice, Line managers 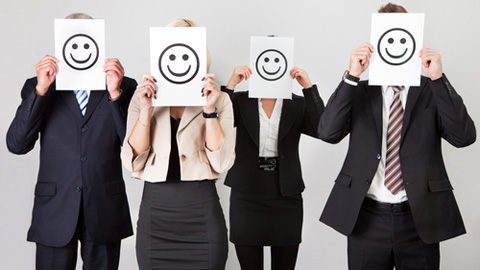 Line managers play a crucial role in the creation of team spirit and engagement because they affect the atmosphere, focus and self-belief of their teams, according to research by the Institute of Employment Studies (IES).

This chimes with research from XpertHR, which found that the quality of line management was one of the top three most significant factors in employee engagement, alongside pay and job security.

The IES research, Teams and the engaging manager, sets out some of the most important behaviours demonstrated by managers whose teams are highly engaged.

Engaging managers were found to do five key things:

According to the IES research, the ability of managers to build relationships, both between themselves and individual members of staff, and across the team as a whole, is an important factor in engagement.

Approachability and trust were found to be key qualities of managers who did this successfully.

Recent research from the CIPD found that corporate scandals have been damaging to employee engagement by eroding trust in leaders.

However, the IES suggests that leaders can build trust by not letting down their staff and by creating more open and honest cultures within their teams.

The most engaging managers ensure that there are no unnecessary barriers between themselves and their teams.

For example, managers may sit among their team members or wear the same uniform to help reduce the sense of status they hold.

In addition, employees were appreciative of managers who had the tendency to “get stuck in” and help out during peaks of work.

It was also found to be beneficial for line managers to encourage relationships within their teams to be hierarchy-free, to make sure everyone respected the contribution of their colleagues.

This was also identified as a key enabler to employee engagement in the MacLeod review, a government-commissioned review into the potential benefits of employee engagement, which described the process as “creating a strategic narrative”.

Strategic narrative is about making sure employees feel part of their employer’s “story”- so they know the value of their individual contribution to the organisation’s success.

The IES says engaged teams appreciate managers who provide a clear vision, give direction, explain that direction and make the vision “come alive” for them.

It is also important that managers have sufficient knowledge of the organisation to be credible and trustworthy, and that they were good at answering questions or finding out the answers to questions they didn’t know.

The research found that teams appreciated managers who not only praised them for a job well done but who also dealt with difficult situations or underperformance quickly and professionally.

One of the most frequently mentioned attributes of good managers in the IES research was being able to recognise, and feed back to the team, when they had worked particularly hard or achieved something important.

However, employees also valued managers that made sure they were aware of how they were doing, even if that meant telling them they were not performing well enough in certain areas.

Teams were positive about managers who dealt with errors constructively and were willing to support staff when things went wrong. This was identified as a behaviour that encouraged teams to make important decisions and deal with difficult issues independently, without the constant involvement of their manager.

The teams who took part in the research identified development as a key way in which their managers had directly contributed to their engagement with their work.

This was not just a matter of helping staff access appropriate courses, although that was appreciated by staff, but it was also about raising the confidence of team members and giving them self-belief in their ability to take on new and more challenging tasks.

Engaging managers allowed people to get on with their work and did not insist on having every piece of work signed off by them. They asked challenging questions and encouraged their teams to find the answers to problems rather than simply supplying the solutions.

While there are many factors that play a role in engagement, such as career opportunities, job security and reward, the IES found that the employee-line manager relationship was a crucial element.

With some organisations still operating pay freezes and making job cuts, it may be that, while companies don’t have the budget to give pay rises and people don’t necessarily feel safe about their jobs, looking at the behaviour of line managers is a practical place to start when trying to boost engagement.