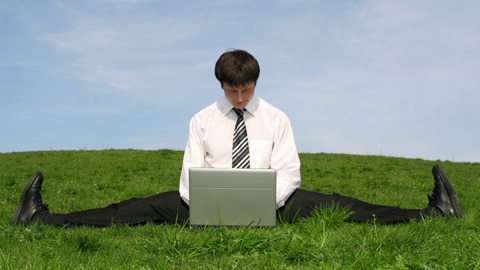 Greater openness towards flexible working has been a positive outcome of the recession, according to a report released today by the Recruitment and Employment Confederation’s (REC) Flexible Work Commission.

The commission interviewed 29 businesses and employer bodies from the UK and overseas about their experiences of offering flexible working and found that organisations that adopted less traditional business structures were better able to compete and regain commercial ground in the tough economic conditions.

The report highlighted increased use of freelancers, interims and temporary workers, together with a growing “projectisation” of work – where organisations hire expertise in on a project-by-project basis rather than sticking to rigid employment contracts.

It said: “The ability to respond quickly to fluctuations in demand is paramount to business survival. Employment rigidity is a significant barrier to such responsiveness and was a very real factor in the collapse of many organisations, and with them the loss of tens of thousands of jobs. Those companies that weathered the downturn best and are returning to growth the quickest are the ones where management and workers come together to develop new ways of operating.”

The report also suggested that offering workers greater flexibility can generate a positive response from employees when it comes to engagement and retention. In addition, offering different working structures was found to help attract a more diverse pool of staff – for example women returners and older workers – and is also a more scalable method of coping with fluctuations in demand.

A survey conducted last year by the CBI found that 96% of UK employers offer at least one form of flexible working, while 70% offer three or more. However, the REC’s commission acknowledged that presenteeism was still an issue in some businesses, as was a fear that one flexible working request could open the floodgates for many others, leaving organisations unable to cope.

David Frost, former director-general of the British Chamber of Commerce and chair of the REC commission, urged employers to embrace the positive aspects of flexible working. He said: “While unemployment in this country stands at over 2.5 million, it is still significantly below levels experienced during previous recessions. A key reason for this is that business has adopted a range of flexible working practices that have enabled them not only to sustain their companies but also, and importantly, to hold onto their employees”.

The REC used the report to urge the Government to promote a wider understanding of what flexible working is beyond the current focus on family-friendly policies. Chief executive Kevin Green said: “Part-time working, contracting and other flexible solutions have been a significant factor in keeping people in work and companies in business during this recession. The UK has a competitive advantage in its flexible labour market and by enhancing and promoting the benefits of flexibility to all, we can leverage this advantage to create more, and better, jobs in the UK.”