Flexible working: one employee in three wants to change the way they work

By Jo Faragher on 5 Nov 2014 in Employee engagement, Flexible working 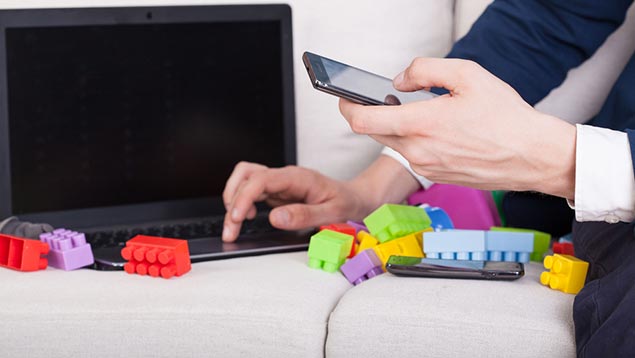 Only a quarter of people feel that work is central to their lives, and around one-third would like to make changes to their working arrangements, research from the CIPD has found.

This compares to around half of those surveyed for comparable work in 2005, suggesting the importance of work and career has diminished over the past 10 years.

The CIPD’s report, HR: Getting smart about agile working, was launched at the start of its annual conference in Manchester on 5 November.

Just under half (45%) of employees admitted to taking phone calls or responding to emails outside of contracted working hours, and one-third of these said this was through choice, rather than being pressured to do so.

One-fifth of those surveyed work from home at least once a week, while a further one-fifth said they would like more flexibility over where they worked.

The CIPD urged employers to reconsider working arrangements so that employees’ expectations are better matched with business needs.

“To achieve this though, organisations must question assumptions about people management practices and processes, and establish working solutions that are of value both to individuals and to the business.”

The report highlights how almost two-thirds of organisations feel workforce planning is a key focus, while 54% think learning and development is a priority.

At larger organisations, they were more likely to be preparing the workforce to be responsive to change, with 38% of respondents citing this as a key concern, compared with just 22% of smaller employers. The focus for smaller enterprises (employing fewer than 250 people) tended to be growth, rather than improving responsiveness.

Zheltoukhova advises there are three key ways in which employers can boost the agility of their workforce and increase engagement and productivity.

These are: looking at workforce composition, for example the combination of staff on permanent and fixed-term contracts; provision of flexible working arrangements and how these are agreed; and how skills are distributed and developed across the organisation, for example by multi-skilling certain staff.

Fiona Cannon, director at the Agile Future Forum, added: “The way we work – where, when, how and in what role – has been changing and the speed of this change is accelerating. The traditional model of work used by most UK organisations needs to change too.”

CIPD chief executive Peter Cheese will tell delegates at the conference that they must “seize opportunities” and “unlock the potential of people”. Speaking ahead of his opening address, he said: “The challenges organisations and their leaders face are people challenges. We need to invest more in building for the future, as individuals and collectively as a profession.”

One Response to Flexible working: one employee in three wants to change the way they work