Four cases of religious discrimination and their effect on business 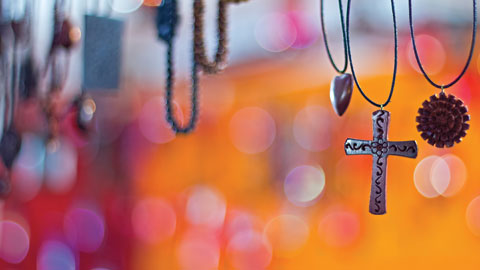 Amanda Jones and Alan Delaney look at the decisions in four recent cases of religious discrimination and discuss their potential effects.

Judgment in the cases of four Christian employees in January, who all claimed that their employers’ practices violated their human rights, had been much anticipated. But how much more has the European Court of Human Rights (ECHR) told us about the right to demonstrate religious beliefs at work, or an employer’s right to prevent it?

The main message to take from the judgments can neatly be summed up by one sentence from the ECHR’s press release, which says that “where an individual’s religious observance impinges on the rights of others, some restrictions can be made”.

Affecting the rights of others

Nadia Eweida, who wore a small cross on a necklace, was the only individual to be successful in Strasbourg. Seven years after commencing employment with British Airways (BA), she started wearing the cross openly, over her uniform, as a sign of her commitment to her faith. This was in breach of the company’s uniform policy.

The ECHR felt that, in this scenario, there was no evidence of any real encroachment on the interests of others. In reaching this conclusion, a balancing act was carried out by the Court. On one side was BA’s desire to project a particular corporate image, and on the other was Ms Eweida’s desire to display her religious beliefs. The cross was discreet and did not detract from her professional appearance.

There was no indication of negative impact on the BA brand when others had previously been authorised to wear items such as turbans and the hijab. Perhaps most tellingly, BA had in fact been able to amend the uniform code to allow visible wearing of religious symbolic jewellery. This happened after Ms Eweida’s plight initially hit the headlines, and consultation then took place with staff and trade unions.

Ms Eweida’s desire to wear a cross openly did not affect the rights of others. The Court was willing to accept BA’s argument that projection of a particular corporate image was a legitimate aim.

However, the ECHR also found that UK courts and tribunals had not struck an appropriate balance between BA’s aim and the employee’s right to demonstrate her religious beliefs at work.

In contrast, Shirley Chaplin, a hospital geriatric nurse, insisted on wearing a crucifix visibly over her uniform, contrary to her employer’s policy. The principal concern in implementing this policy had been to protect the health and safety of both nurses and patients.

Because Ms Chaplin’s wish to wear her crucifix could have negatively affected the safety of herself and others, the Court was unwilling to find that she had a right to display her religious beliefs in the way she wanted.

In this case, the balance had been correctly measured by the UK tribunals and for this reason Ms Chaplin’s claim was unsuccessful.

Another important question in both these cases was whether or not the individuals needed to show that their actions amounted to a mandatory requirement of the religion before they could have a legitimate complaint. The ECHR decided that this would not be a requirement, but an individual’s actions would need to be “intimately linked” to the religion.

Applying this principle, however, is unlikely to be straightforward. In reality, it will need to be approached on a case-by-case basis and could lead to further disputes and an increased need for employers to be able to justify their existing practices.

For example, another recent Employment Appeal Tribunal case considered whether or not the desire not to work on a Sunday was a “core tenet” of Christian belief. In this case, an employer’s aim to ensure that all full-time staff worked on Sundays in a fair rotation was legitimate and justifiable, and consequently a Christian worker could lawfully be required to work on a Sunday. But it may be that the ECHR’s judgment will make this type of practice easier to challenge, or at least see such issues being revisited.

Discrimination is not a human right

In the other two cases considered by the ECHR, Lillian Ladele and Gary McFarlane argued that their Christian beliefs concerning homosexuality were in conflict with the duties of their jobs, which required them to perform services for gay couples.

Ms Ladele was a registrar who refused to conduct civil partnership ceremonies. Mr McFarlane was a relationship counsellor who refused to offer psychosexual counselling to gay couples. Both were disciplined for their actions. The UK tribunals and courts held that such discipline was not discriminatory in the circumstances and the ECHR agreed that there was no breach of their human rights.

The most important factor in these cases was that the employers had taken the actions they had as they were committed to provide services without discrimination. This, as legitimate aims go, is about as good as it gets and an employee will face an uphill struggle from the outset if trying to argue that action taken by their employer in pursuit of that legitimate aim is disproportionate in the circumstances.

One way to look at this issue is that the employers wanted to ensure their employees delivered services without discrimination, whereas the employees wanted dispensation to be able to discriminate against others on the grounds of sexual orientation.

Recent research has found that “management confidence tends to be lowest when dealing with conflicting equality claims, particularly between religion or belief and sexual orientation”.

It is recognised that this is not an easy issue to navigate, but is again about performing a balancing act. It will not be acceptable for an employer to simply adopt the stance that if an employee does not like what they are being asked to do, then he or she can resign. This will be one factor to throw into the mix.

The same will hold true if the employee has willingly accepted a job knowing that the conditions of employment will affect their ability to demonstrate their religious beliefs.

Do policies and practices pursue legitimate aims and are they a proportionate means of achieving those aims? Can you learn from staff and trade unions and involve them in the process of review? And are line management adept at the art of balancing flexibility with consistency?

Employers that can answer these questions will build the confidence to deal with issues of religion in the workplace in a proactive manner and be best placed to avoid challenge through the courts and tribunals.

Amanda Jones is a partner and Alan Delaney is an associate in the employment team at solicitors Maclay, Murray & Spens LLP