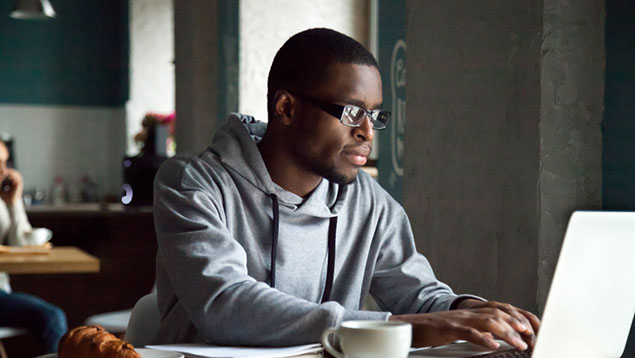 The hiring of workers anywhere in the world through global freelancer platforms means that limiting immigration will not necessarily protect “native” workers, researchers at the University of Oxford have found.

Freelancer platforms such as Amazon Mechanical Turk, Upwork and Freelancer.com, which specialise in connecting web developers, mobile engineers, designers, coders, illustrators and others with project commissioners, are causing skilled people around the world to spend much of their time waiting and searching for work, without any job security.

Freelancers in the developing world can now offer their labour at cheaper prices through gig economy platforms and compete directly with domestically based workers via the internet, from anywhere in the world” – Dr Alex Wood, University of Oxford

The paper, Networked but Commodified: The (Dis)Embeddedness of Digital Labour in the Gig Economy, published in Sociology, also detailed the growing phenomenon of “re-outsourcing” of work to friends and family. It stated that interpersonal relationships were subverting the formal contract between workers and their clients.

The report examined how, in developing countries, large numbers of people were being hired to do outsourced tasks by people in countries such as the UK and the US who had little knowledge of local employment regulations and their application.

The rise of the global digital economy meant that the creation of added obstacles to immigration in the US and Europe would not actually benefit workers there.

According to Dr Alex Wood, a researcher at the Oxford Internet Institute, University of Oxford, it was the commodification of labour, rather than migration that needed challenging, because: “Freelancers in the developing world can now offer their labour at cheaper prices through gig economy platforms and compete directly with domestically based workers via the internet, from anywhere in the world.”

This point was underlined by internet geography professor Mark Graham, also at Oxford Internet Institute, who said: “Workers from both rich and poor countries are now competing in the same border-spanning labour market. This is a situation that is creating downward pressure on wages and working conditions for workers in higher-wage countries.”

The report investigated how “Normative disembeddedness leaves workers exposed to the vagaries of the external labour market due to an absence of labour regulations and rights.”

Many of the platforms have ratings, monitoring and various managerial control algorithms built in. These, suggest the authors, “do not provide an architecture for generating trust on the basis of thick, strong, stable and durable ties. Indeed, they are disincentivised from doing so, as they would soon be bypassed by clients and workers communicating directly”.

Because the award of work was often based on ratings, the report stated, those workers with a good reputation often found they could not meet the demand and led them to use the platform themselves to re-outsource the work – sometimes to friends and family members. The latter were considered by workers to be more trustworthy and less likely to try to usurp the initial worker.

The research consisted of 152 face-to-face interviews with workers and stakeholders and drew from a survey of 656 online workers located in South-east Asia and Sub-Saharan Africa.