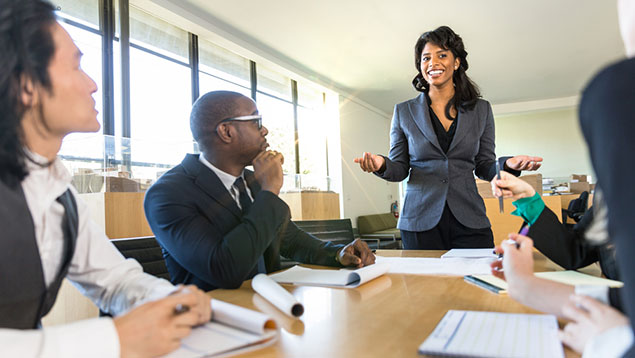 Fifteen prominent UK organisations have signed a commitment to work towards mandatory ethnic pay gap reporting and to encourage other businesses to do so.

Among the signatories, the result of an initiative led by diversity business campaigners INvolve, are the Bank of England, BUPA, Deloitte, EY, KPMG, Lloyds of London and ITN.

They have agreed to work towards reporting the ethnicity pay gap ahead of any government mandate to do so and to help bring about institutional change through visibility of data and open discussion of why the pay gap exists within their organisations.

In October 2018 the government launched a consultation into whether organisations should be required to report on the pay differentials between people from different ethnic backgrounds.

This was in part a response to the previous year’s Race in the Workplace review by Baroness McGregor-Smith, which found that full representation of minority groups across the labour market could result in an increased output of about £24bn to the UK economy.

The government has suggested an employee threshold of 250 people or more before employers have to report their ethnicity pay gap. McGregor-Smith’s recommendation was 50.

INvolve said its own research showed that white people earn on average between £67 and £209 more per week compared with similar qualified individuals of a different ethnic background. Such wide disparities in pay – and also career progression – led Theresa May to announce a Race at Work Charter, already signed by the likes of KPMG, the Civil Service, the NHS and RBS.

One of INvolve’s aims is to ensure that the government makes ethnicity pay gap reporting mandatory when it announces the outcome of its consultation, which closed last month.

The Bank of England, Deloitte, EY, KPMG and ITN already voluntarily publish ethnicity pay gap data, along with 3% of large UK companies that haven’t as yet signed the INvolve pledge.

Bank of England chief operating officer Joanna Place said that reporting on the gender pay gap had helped the bank appreciate the challenges it faced in moving its inclusion and diversity agenda forward. She added: “Extending this scrutiny to the ethnicity pay gap is not only the right thing to do, it also makes good business sense for companies wanting to recruit and retain talent. The bank is already committed to reporting annually on the ethnicity pay gap and hopes this framework will encourage other businesses to do so too.”

Emma Codd, managing partner for talent at Deloitte, said transparency was critical to improving diversity in business, adding: “I would also encourage all firms to publish the factors driving their gap and actions they are taking to close it. Only through this can we help ensure that change is both meaningful and sustainable.”

Extending this [gender gap] scrutiny to the ethnicity pay gap is not only the right thing to do, it also makes good business sense for companies wanting to recruit and retain talent” – Joanna Place, Bank of England

INvolve’s founder, Suki Sandhu, said he understood why for businesses the idea of increasing corporate reporting was not welcome but the moral and business cases for taking action were compelling. He said: “We know firms who are more diverse and inclusive enjoy a significant diversity dividend – enhanced profitability, productivity, innovation and sustainability.”

“We must all seek to confront uncomfortable truths like this, so I welcome the action taken by these employers today to do just that. Their commitment builds on our consultation with employers exploring how to introduce mandatory ethnicity pay reporting without placing undue burden on businesses.”

INvolve also today published a Framework for Ethnicity Pay Gap Reporting, a tool for helping organisations get under way with reporting before a government move to make it mandatory.