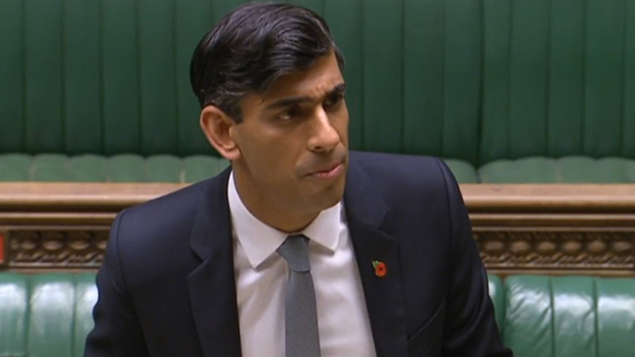 The furlough scheme has been extended until the end of March 2021, with the government continuing to cover 80% of employees’ wages at firms affected by coronavirus restrictions, the chancellor Rishi Sunak has announced.

In a statement to the House of Commons this afternoon, Sunak said employers will only be required to cover national insurance and pension contributions for employees who have been furloughed under the extended Coronavirus Job Retention Scheme, which has essentially reverted back to the scheme that was in place between March and August 2020.

However, he noted that the level of wage support offered to employers would be reviewed in January, when organisations may be asked to contribute more depending on how the economy is recovering.

Sunak clarified that the support will also apply to employers in Scotland, Wales and Northern Ireland, as there had been confusion surrounding whether the extended CJRS was available to devolved nations when it was announced alongside England’s 28-day lockdown last weeked.

“Our highest priority remains the same – to protect jobs and livelihoods,” said Sunak.

The planned Job Support Scheme will essentially be replaced by the furlough scheme for the time being.

He added that the Job Retention Bonus –a £1,000 one-off payment to firms that had retained previously-furloughed staff until the end of January 2021 – would be scrapped for now and replaced with a new “retention incentive” that would be deployed at an “appropriate time”.

The employment support scheme for the self-employed is being made more generous and will be worth 80% of profits, instead of 40%.

His announcement came just hours after the Bank of England launched a £150bn stimulus package designed to lower borrowing costs to help struggling businesses and individuals.

Pressure on the government to extend support for employers has mounted over recent weeks, as coronavirus infections have risen and restrictions were reintroduced in parts of the UK.

The level of financial support offered to employers has gradually fallen since the CJRS was introduced in March, with the government covering 60% of furloughed employees’ wages in October. That changed on Saturday when the Prime Minister announced the lockdown that started in England today, together with an extension of the CJRS “until December”.

In fact, the CJRS has not been extended, but restarted, with the rate of support last seen in August and eligibility applied to all staff, not just those previously furloughed between March and June.

Under the government’s tiered approach to lockdown and the postponed Job Support Scheme, workers in areas subject to the most stringent Tier 3 measures receive 67% of their normal salary up to a maximum of £2,100 a month.

Labour’s shadow chancellor Anneliese Dodds criticised the government’s slow response to the economic fallout of the local lockdowns imposed under the tier system and the uncertainty this had created for businesses, and noted the government hadn’t acted when Wales implemented a two-week ‘firebreak’ lockdown.

She also referred to the extensions as the fourth major change to furlough in six weeks.

Sunak responded: “It is not a weakness to be agile and fast-moving in the face of a crisis, but rather a strength.”

Responding the the announcement, CIPD chief executive Peter Cheese said the frequent changes to the support on offer had left employers confused and many job had been lost unnecessarily.

“Employers have been left confused by the government’s plans to protect jobs over the last few weeks, with many redundancies triggered over the uncertainty around the end of the furlough scheme and the introduction of two new Job Support Schemes,” he said.

“Jobs have already been lost unnecessarily through short-term thinking because of the lack of longer term certainty of support, and it is crucial policy makers try and look further ahead and work with employers to help them plan forwards and protect employment as much as possible.

“We would also urge government to provide more support for those people who do lose their jobs with funding for training, coaching and support to find alternative work.”

Musab Hemsi, a partner at law firm LexLeyton said the news would come as a relief to many struggling organisations, but more information was still required to enable firms to plan effectively.

“It will give business leaders the financial assurance and time they need to plan and weigh up their options as they look beyond this lockdown with a view to reopening, in some capacity, for the festive period,” said Hemsi.

“Now that businesses have this commitment from the chancellor, a period of stability is sorely needed. UK companies have been through a turbulent period and government support has at times been changed at the last minute and announced without sufficient information for businesses. We need to see a Treasury Direction – ideally this week – to enshrine the new plan and give employers the information they need. From here, businesses should have a solid foothold to firm up their plans for the remainder of the year and looking ahead to 2021.”

Neil Carberry, chief executive of the Recruitment and Employment Confederation, said: “Businesses want support that is stable across the crisis, rather than changing week-to-week. So the extension of the furlough scheme to the end of March is a good move.

“But there is more to do. The fight against the virus is being compromised by the failure to fund Statutory Sick Pay for every worker if they need to self-isolate. The vast majority of businesses supplying temporary workers, who are vital to sectors like education, logistics and care, are ineligible for SSP support -–and a stand-off over who pays could lead to greater economic damage, as work gets shelved.

“We need to keep hiring demand as high as we can. Lowering the cost of labour by reducing employers National Insurance contributions, the biggest business tax, is one measure which will help.”

Jonathan Geldart, director general of the Institute of Directors, said extending furlough was the right call and would give directors more confidence about keeping staff through the winter.  But he added that the government was “still failing to fix major gaps” in the support. “Many self-employed, including small company directors, continue to be left out in the cold. Grant funding through local authorities could help address this issue.

“It’s clear that the government needs to now reinstate and extend insolvency protections to prevent company collapses,” he said, adding that the chancellor should look to marry defensive measures like furlough with policies to get firms on the front foot to encourage job creation and investment through the tax system.” 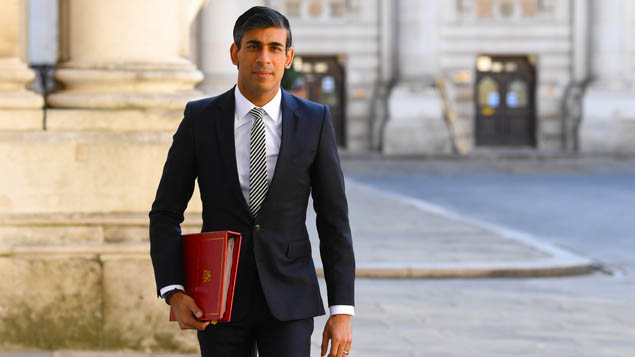 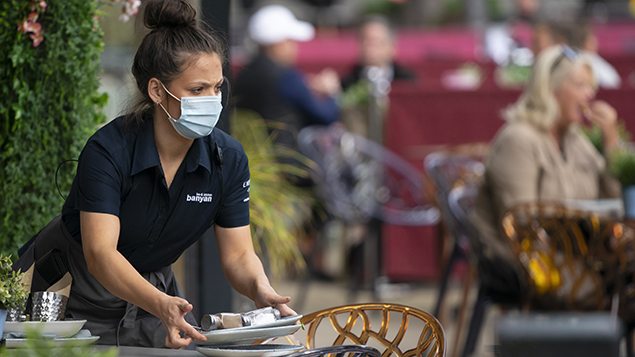