Boredom is the enemy of productivity and sound decision making. And, for many, working from home provides a fertile environment for it to develop. Professor Binna Kandola continues his series on working during the lockdown with a look at ways of defeating listless feelings

On the early spaceflights and also in the capsule environments of Antarctic exploration centres, boredom and monotony were found to be key factors in some of the conflicts that arose between individuals.

These are challenges that many of us who are now working from home are likely to face, and that we need to overcome, if we are to remain both healthy and productive. But before we can do so, it’s important that we fully understand them.

Monotony describes the state in which many of us now find ourselves; one that sees us in the same environment day-in, day-out, and interacting with the same people. Routines become established and are expected to be followed systematically and conscientiously. After a while though, the lack of sensory stimulation actually starts to become problematic and boredom is what develops as a result.

People who are bored lose a sense of time, they become aware of the minor faults and flaws in others and grow increasingly annoyed by them. They also find less than helpful ways of alleviating the boredom, leading to a lack of cooperation and productivity, and poor decision-making. They may have difficulty concentrating and experience negative emotions, such as frustration and irritability. A sense of boredom can be heightened even further when people begin to feel stuck in their environments and unable to demonstrate a degree of control over their lives.

Coronavirus and working from home

Prof Binna Kandola on taking the positives from social isolation

Prof Binna Kandola on learning to work at home

Boredom can even prompt us to act directly against our own self-interest. In a couple of different studies, it was found that where participants had between six and 15 minutes purely alone, about half chose to give themselves an electric shock before the time elapsed. This was presumably because they were under-stimulated and chose to inflict a small amount of pain on themselves to relieve the boredom.

It is often the case that many people associate boredom with a lack of stimulation, perhaps as a result of carrying out repetitive and mundane tasks. In fact, boredom can also arise when people are overstimulated, when the task is too challenging and unlikely to be achieved.

There are practical steps that we can take to reduce these feelings, though. Sometimes, simply changing one’s perception can help.

At one major international airport, managers would regularly receive complaints from passengers about the length of time they had to wait for their bags to arrive off a flight. So, when redesigning the airport, the baggage claim area was moved further away from the arrival gates. The time it took the passengers to get their luggage was the same as it had been before, but fewer complaints were subsequently received.

The reason for this is that they were spending more time walking and so felt they were engaging in a purposeful activity. Furthermore, they were spending less time in the confined space of the baggage claim area. The combination of the two factors meant that people didn’t feel so frustrated, even though the amount of time it took them to get their baggage had not changed at all. 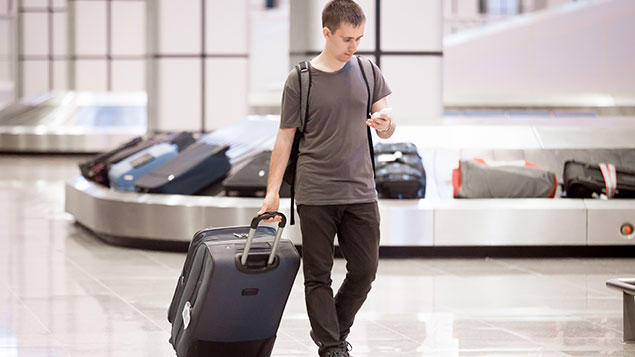 On the positive side, boredom can indicate recognition that something needs to change, whether it be the attitude towards the job being undertaken or the job itself. One of the more significant ways of alleviating boredom is to give tasks a sense of meaning. For example, in one study, psychologists had a group of people carry out a very repetitive task for a long period in return for a small amount of money. Another group carrying out the same task was told that the same amount of money would be given to a worthy cause. Participants in the latter group not only performed at a higher level, but said that they actually enjoyed the task more than those in the former group.

But how can we conquer boredom during this period of lockdown? We might not have the opportunity to donate the fruits of our work to charity – or the desire to give ourselves electric shocks – but there are still a number of other practical steps we can take in the current situation to make life a little more stimulating.

First of all, we need to prevent tasks from becoming monotonous. If one item on your to-do list is weighing you down in particular, try to work on it for a shorter period of time and find opportunities to work on other tasks. Adding some variety will provide additional stimulation, helping to stave off feelings of boredom.

It was found that where participants had between six and 15 minutes purely alone, about half chose to give themselves an electric shock before the time elapsed

The second point, conversely, addresses the issue of overstimulation. If a task is proving to be too challenging, ask for additional resources to reduce some of the load, or for training and development that will enable you to carry it out more efficiently. Plugging away at something that you don’t have the tools to see through will only exacerbate any feelings of boredom.

Third – and possibly most importantly – is the role of leaders. Research into capsule environments has found that where leaders give tasks meaning, it reduces the sense of boredom and increases not only the quality of relationships, but also that of the work carried out.

Lockdown is challenging, are we all likely to struggle with feelings of boredom during this period. With practical steps such as these though, we needn’t be worn down by monotony. We will be able to return to work healthy, happy and productive.

Rees-Mogg under fire from civil service leader over...