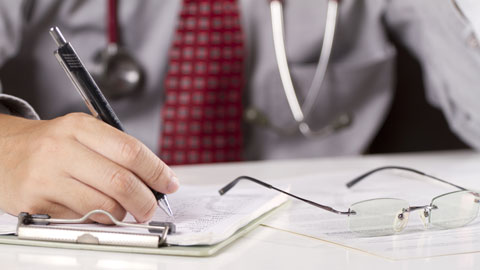 Employers will be able to make use of a new independent assessment and advisory service in order to address sickness absence and get employees back to work, as part of measures unveiled by the Government today.

The proposal forms part of the Government’s response to the 2011 review of workplace sickness absence led by Dame Carol Black, the Government’s national director for health and work and a former president of the Royal College of Physicians, and David Frost, director-general of the British Chambers of Commerce.

The review laid out a number of recommendations aimed at reducing sickness absence and addressing the “disconnection” that can occur when employees are absent from work for extended periods.

Alongside measures aimed at reforming the benefits system and increasing support for healthcare professionals, the Government today announced the establishment of the assessment and advisory service, which it said would be in place from 2014.

The service will offer health assessment for employees who have been absent from work for four weeks or longer, as well as a case management service for employees with complex needs.

It will also offer a “universal job match” service for employees who might be able to work, but not necessarily in their existing role or for their current employer.

According to the Government’s announcement, only 10% of employees at small firms have access to an occupational health service, compared with more than 50% of staff in larger firms. It said the new service will enable employers of all sizes to access expert advice to help them manage sickness absence in the workplace.

Minister for welfare reform Lord Freud said: “For the first time, all employers, big or small, will have access to a service that offers the early support they need to keep people in work and fulfil their aspirations.”

Dame Carol Black said: “A new independent assessment and advice service will address the ‘sick note culture’ and offer people the best possible support to get back to work quickly.

“What David Frost and I found in our review is that far too many people with potentially manageable conditions – like stress or back pain – are effectively being signed off work for life, sliding from a short spell of sickness absence to a life of long-term benefit dependency.

“The changes being made by the Government today will begin to change that, and the new service will also provide much-needed support for GPs too, so they can spend more time helping their patients and less time having to police the benefit system.”

David Frost said: “The proposed advisory and assessment service will give clear advice on which a business can make a judgement about when and on what circumstances their employee will return after a period of absence.

Manufacturers organisation the EEF welcomed the announcement but expressed concern at “the lack of concrete measures” to improve the effectiveness of the fit note.

EEF head of health and safety policy Terry Woolmer said: “We welcome proposals to implement the independent assessment service after four weeks of absence. This is a critical time, just ahead of the six-week period which research shows is the tipping point where employees are less likely to return to work.

“This should aid the process of rehabilitation and getting people back to work, while cutting the social and economic costs of absence. However, we would urge government to revisit plans to fund the centres, as the current proposals do not go far enough and may leave a shortfall.

“We are also disappointed by the lack of new measures to improve the effectiveness of the fit note – a key tool in promoting a faster return to work.”

The EEF called for the introduction of the electronic fit note in 2012 and also expressed concern over the Government’s failure to implement tax relief proposals from the original review by Black and Frost, relating to employers’ payment for private healthcare treatment.

The tax relief call was echoed by Dr Adam Marshall, director of policy at the British Chambers of Commerce, who said: “The Treasury should accept the recommendation to allow employers to pay for medical interventions without imposing tax on the affected employee. There is time to agree this before the 2013 Budget, and both employers and employees will be disgruntled if the decision is not made by then.”