Government pushes ahead with apprenticeship levy

By Jo Faragher on 12 Aug 2016 in Apprenticeships, Department for Education, Learning & development 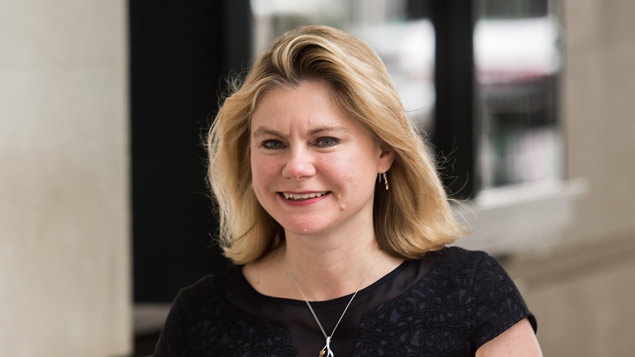 Education secretary Justine Greening. The CIPD and CBI believe the proposals are too rushed. Photo: REX/Shutterstock

The Department for Education has today revealed its proposals on how funding for apprenticeships will work after the apprenticeship levy comes into force in April 2017.

The announcement confirms that the controversial levy will go ahead as planned – despite some observers suggesting it might be shelved after June’s Brexit vote – and will come into force for employers with a payroll of £3 million or more from 6 April 2017.

How will an employer be able to access funding?

What will employers be able to spend funding on?

How will employers that do not pay the levy be able to fund apprenticeships?

The principles for apprenticeship funding will operate from 1 May 2017, whether employers pay the levy or not.

The Government had already confirmed that larger employers would have to pay the “training tax” from next year, at a rate of 0.5% of the annual pay bill. They will then receive an allowance of £15,000 per year offset against the levy, accessible from a digital training account.

Employers are invited to feed back on the proposals during a consultation that closes on 5 September.

The key points of the proposals include the following:

Reacting to today’s announcement, the CBI said it welcomed increased investment in apprenticeships, but that in its current form, the levy “risks turning the clock back on recent progress through poor design and rushed timescales”.

CBI director-general Carolyn Fairbairn said: “Without a radical rethink it could damage not raise training quality. This really matters because of the crucial importance of closing the skills gap to improving the UK’s lagging productivity.

“The Government must take time to get this right, and listen properly to the concerns and ideas of the businesses who will be doing their best to make it work.”

She added: “The levy is too narrowly defined. It covers only one type of training and employers can only reclaim off-the-job costs. As a result, valuable forms of training risk being cut back, with quantity put ahead of quality.”

The CBI also insisted that the 2017 start date would not give employers sufficient time to prepare.

Fairbairn said: “We urge the new secretary of state to take a step back from the political timetable and consider what is best for building the skills of our young people, to enable the UK to become a high-skilled, high-productivity economy. Business stands ready to work with Government to build a system that delivers for the future and from the outset.”

The CIPD said that pushing ahead with the levy proposals was “irresponsible”.

Ben Wilmott, head of public policy at the HR membership body, said: “It is disappointing the Government has not taken the opportunity afforded by a new ministerial team – and change to the department responsible for skills policy in the UK – to look again at the apprenticeship levy.

“The very valid concerns regarding the levy in its current form are wide scale across organisations from the private, public and voluntary sectors and it is irresponsible for the Government, particularly in a time of economic uncertainty in the aftermath of the referendum, to simply press ahead with a policy that is not fit for purpose.

“Our research suggests the levy, in its present form, will undermine efforts to improve the quality of apprenticeships. This is a time where we need to be raising the status of apprenticeships, not pursuing a policy which will have the effect of devaluing the ‘apprenticeship brand’.”

He added that there were concerns that employers could reduce investment in other areas of learning to meet their obligations under the levy, which could affect overall investment in training in the long term.