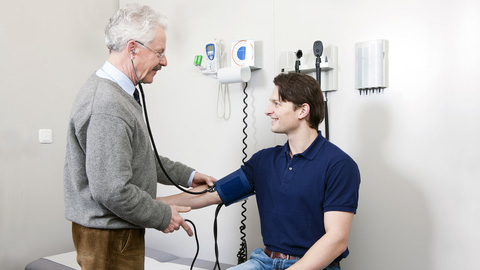 The fit note system is not working in the way it should be, say HR professionals, who have complained that doctors fail to use the notes as they were intended when the Government introduced them two years ago.

One of the key aims of the fit note system was to give employers greater clarity around staff illness, with an option for doctors to indicate that the person “may be fit for work” and elaborate on their condition and how they can be rehabilitated, easing their return into work. However, at 78% of organisations this option has never been ticked.

Furthermore, 38% of organisations said that GPs failed to offer any comments or advice when declaring whether a person was fit to work or not. Where that advice was provided, seven employers in 10 contradicted the advice by making alternative arrangements to facilitate a return to work.

XpertHR’s findings correlate with a Government-sponsored review of sickness absence carried out in November 2011, which recommended that GPs receive improved guidance on fit notes and the Government create an independent occupational health assessment service.

XpertHR editor and report author Charlotte Wolff said: “[The Government review] concluded that too many people are still being declared completely unfit for work by their GPs, and that where a GP does tick the ‘may be-fit for work’ option they rarely provide helpful advice.

“Our research echoes these findings and pinpoints the nub of the problem, which is that doctors appear to be too busy to use the fit note in an intelligent way and frequently have a limited understanding of the nature of the employee’s work.”

There were some positive findings, however. More than half of the HR professionals surveyed believed that the introduction of computerised fit notes, which include a barcode to improve legibility and prevent staff from tampering with them, will make the system more effective.

Another positive outcome for 68% of respondents was that the introduction of the fit note had helped to stimulate a more open dialogue on employees’ return to work after illness.

For more detail see the full survey findings at XpertHR.

One Response to GPs ‘failing to engage with fit notes’