Grandparents to receive shared parental leave and pay from 2018 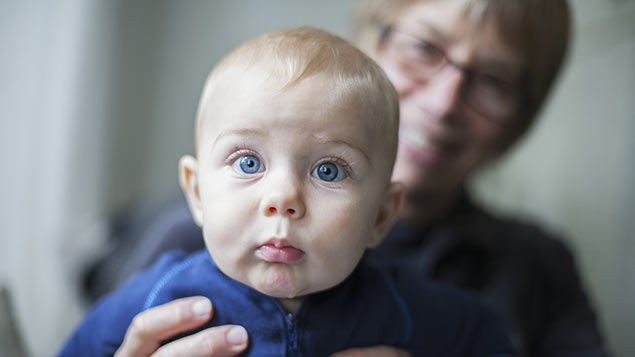 Granny leave or Grandpa leave will be available for the grandparents of new babies. Design Pics Inc/REX Shutterstock

Grandparents will be able to take shared parental leave under plans announced yesterday at the Conservative party conference.

The announcement follows indications in the summer that the Government was looking at allowing parents to transfer part of their family-friendly leave to grandparents.

Shared parental leave was introduced in April 2015, enabling working mothers to end their maternity leave in order to share leave and pay with their partner.

By being able to share the leave with the child’s grandparents, it will provide an option for parents to return to work more quickly.

It will also encourage more grandparents to remain in employment, rather than quit their jobs to help with childcare.

Chancellor George Osborne told The Mail on Sunday that the move would help families keep down the cost of childcare. “More than half of mothers rely on grandparents for childcare when they first return to work after having a baby,” said Osborne. “In many families, grandparents play a central role in caring for their grandchildren and helping to keep down the costs of childcare.

“Increasing numbers of grandparents, however, also want to remain in work themselves. Research shows two million grandparents have either given up a job, reduced their hours or taken time off work to look after their grandchildren.”

Grandparental leave: approaches in other countries

Grandparents in Russia and Bulgaria are already able to take parental leave.

Bar Huberman, employment law editor at XpertHR, said that groups supporting working families have been asking for more help for working grandparents for some time. “Many people are working well into their 50s, 60s and 70s, and are finding it difficult to balance work commitments with caring for their grandchildren.

“However, with the right to request flexible working now available to employees with the required length of service, and employers still getting to grips with the complicated shared parental leave regime, this announcement may feel like an administrative burden for some in HR.”

Labour pledged grandparental leave in its 2015 general election manifesto, but it planned to extend ordinary parental leave, the 18 weeks’ unpaid leave that may be taken by a parent until their child is 18, to grandparents as well.

The current weekly rate of payment of statutory shared parental pay is £139.58, or 90% of average weekly earnings where this figure is less than £139.58.

Denise Keating, chief executive of enei, the Employers’ Network for Equality and Inclusion, welcomed the news: “We already know that many parts of society have to date been unable to benefit from shared parental leave, including single mothers, those whose partner is financially unable to take shared parental leave and families where one parent is self-employed.

“Research has found that the majority of new mothers are already reliant on grandparents for childcare upon their return to work, and this extension will reduce the need for older workers to leave the workforce permanently, thereby extending working lives,” she said.

The Government has said it aims to implement the policy by 2018, consulting on the details in the first half of next year.