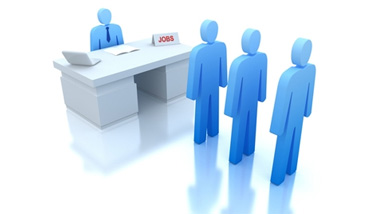 Permanent staff placements have decreased for the second month running and are falling at the quickest rate since 2009, a report has found, contrasting with more positive job-market data released earlier this week.

The latest Recruitment and Employment Confederation (REC) and KPMG Report on Jobs highlighted the disappointing findings, stating that an easing in the rate of growth of permanent job vacancies had contributed to the decline in appointments.

Placements for temporary and contract staff continued to rise but the rate of growth weakened slightly compared to that in October.

The report’s “grim” outlook on the labour market contrasts sharply with data from the Reed Job Index released earlier this week, which showed the highest level of job opportunities since the index began in December 2009.

The reports gather data from different sources, with the Reed Job Index tracking the health of its online job boards and the REC/KPMG report on jobs collecting data from recruitment consultancies.

Tom Hadley, head of policy and professional services at the REC, said that the difference between the findings is likely to be due to the Report on Jobs tracking actual placements made and the Reed Index looking at the number of jobs advertised.

The REC/KPMG Report on Jobs also showed that growth of candidate availability was at the weakest since May.

Bernard Brown, partner and head of business services at KPMG, called the report “grim reading” and outlined another factor behind the decline in permanent placements.

“According to our survey panel, the economic uncertainty is resulting in a number of employers placing jobs on hold and taking longer to make recruitment decisions.

“Last week’s autumn statement contained a number of welcome measures aimed at helping businesses to grow and to ease red tape around employment but are unlikely to make much difference in the short term.”

In light of today’s findings, Kevin Green, chief executive of the REC, warned that the Government may have to take further action to stimulate the jobs market.

“This is bad news for those out of work and, as a consequence, we expect unemployment to rise in December and January. On a positive note, however, the report shows that temporary staff appointments are still growing, albeit it at a decreasing rate.

“The Government has done as much as it can in the short term to remove restrictions to employment and stimulate demand. However, if confidence doesn’t return quickly to get the jobs market moving again, the Government may need to take more radical action in the new year.”