Half a million apprenticeships taken up in last year 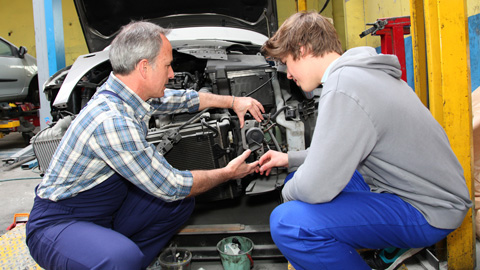 More than 500,000 people started an apprenticeship in the year to July 2012, according to the latest government figures, with higher apprenticeships seeing the largest growth.

Statistics published by the Department for Business, Innovation and Skills found that the take-up of apprenticeships in 2011/12 was 10% higher than in the previous year.

In addition, the number of people starting higher apprenticeships grew by more than half (59%) to reach 3,500, while advanced apprenticeships rose by 17% and those at intermediate level increased by 6%.

Last year, the Government committed to investing £180 million to create 50,000 apprenticeship places by 2015.

However, despite Government efforts to use apprenticeships as part of a package to tackle youth unemployment, the number of apprenticeships undertaken by those aged under 19 fell from 131,700 in 2010/11 to 126,300 this year.

Katerina Rudiger, skills policy adviser at the Chartered Institute of Personnel and Development, said she was not surprised by the dip in take-up among those aged under 19, as many employers are reluctant to recruit young people straight out of education.

“It’s not enough to sell the benefits of apprenticeships; we also need to dispel some of the myths about employing young people and provide practical support for employers trying to do that,” she said.

A spokesman for the National Apprenticeship Service added that employers need to make more use of the help already available to them when taking on young apprentices.

He said: “Businesses have repeatedly told us they would like financial help when they take on an apprentice. The Apprenticeship Grant for Employers of 16- to 24-year-olds does just that – it offers up to 40,000 grant payments of £1,500 each to smaller employers in England to support them to take on a young apprentice.”

For the latest news and guidance on taking on apprentices, view our employer’s guide.