By Laura Chamberlain on 11 Oct 2012 in Graduates, Recruitment & retention 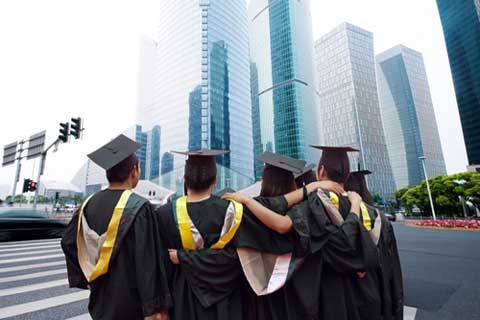 The employment rate for new graduates has remained stable despite fears that the weakening economy and public-sector cuts might limit the number of roles available.

This is according to research by the Higher Education Career Services Unit (HECSU), which found that 61.8% of graduates who left university in summer 2011 found a job in the following six months.

While this was a marginal fall on the previous year, when 62.2% of graduates found employment, HECSU said the figures were better than expected.

Charlie Ball, deputy research director at HECSU, said: “When graduates from 2011 left university, the labour market was difficult, as the UK economy struggled with negative growth and a dip back into recession.”

He added that, despite the fall in the percentage of graduates who found jobs after leaving university, there were actually 8,000 more of 2011’s graduates in employment by the time they took part in the survey in January 2012 than the previous year, as the number of graduates had risen.

HECSU’s figures found that 2011’s engineering and IT graduates were more likely to find jobs than those who left university in 2010. The number of employed mechanical engineering graduates grew by 6.6% in this year’s survey and the proportion of IT and computer science graduates in jobs rose by 8.5%.

The research also found a rise in the number of people in both work and study following their graduation. This year, 8% of graduates classified themselves as “working and studying”, compared with 7.6% the previous year.

In addition, the survey of 244,680 first-degree graduates found an increase in the number of self-employed graduates, with 4.8% of university leavers working for themselves, compared with 4.4% in last year’s survey.

For monthly updates on the latest recruitment news, sign up to our recruitment and resourcing newsletter.