By Jo Faragher on 20 Nov 2019 in Right to work, NHS, Latest News, Immigration 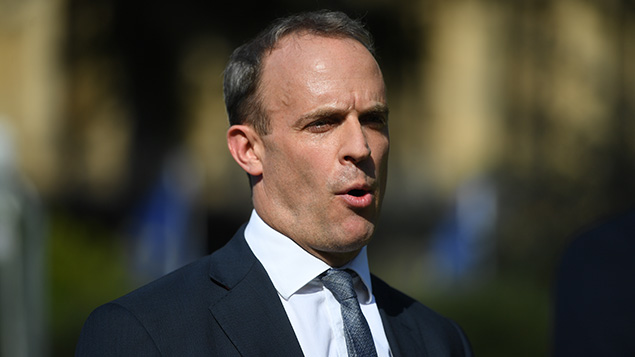 The Conservative party announced the increase earlier this week for all non-EU migrant workers, and indicated that it would extend the surcharge to all EU citizens migrating to the UK after Brexit.

Foreign secretary Dominic Raab said the increase, from £400, was “in the interests of fairness” and would ensure individuals make “a sufficient contribution towards our health service”.

The fee is payable for each member of a family migrating, meaning a family with a spouse and two children will have to pay the government £2,500 a year. As the health service relies so heavily on overseas recruits, the doctors’ and nurses’ bodies are concerned that this could have a dramatic impact on their workforce.

Once they have paid, they are entitled to NHS treatment on the same basis as permanent residents.

The letter said: “If this were to go ahead, the fee will have more than trebled since its introduction in 2015.

“The NHS has relied on overseas recruitment since its foundation. Of the 1.2 million professionals currently working in the NHS in England, approximately 65,000 are of another European Union nationality while 88,000 are nationals of countries around the world.

“International professionals have taken the decision to come to the UK and work in our health and care services, many of which are facing considerable strain. They contribute to the running of the NHS through their dedication to its patients as well as through paying taxes.

“As representatives of these professionals and the services they work in, we fear that increasing and extending the Immigration Health Surcharge risks only adding to the problems facing the NHS.”

They added that there are currently 100,000 vacancies across NHS professions, and urged the next government to “focus its attention on rapidly addressing those shortages in the interest of safe patient care, through adequately funded domestic education programmes but also the ability to recruit the best from around the world”.

They want all healthcare staff to be exempted from what they call the “unjustified” charge. The letter is signed by Professor Dame Donna Kinnair, chief executive of the RCN, Professor Andrew Goddard, president of the RCP, and Dr Chaand Nagpaul, chair of council at the BMA.