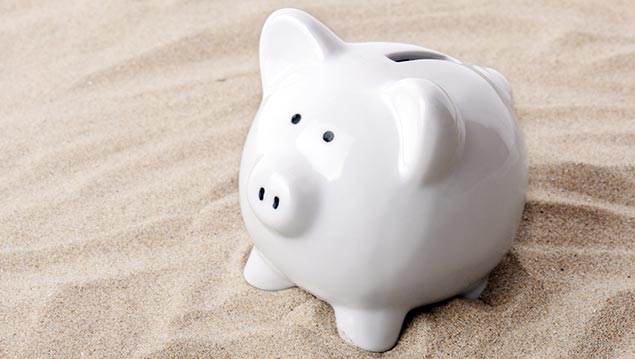 Few employers will have missed the publicity surrounding November’s ruling by the Employment Appeal Tribunal (EAT) on holiday pay and overtime (Bear Scotland Ltd v Fulton and other cases). It was the latest instalment in a line of cases that have looked at what must be included in holiday pay under the UK’s Working Time Regulations (WTR). Christopher Fisher and Nicola Thomson of Mayer Brown International LLP look at the questions that remain unanswered following the judgment.

The EAT found that regular overtime, which employees are obliged to perform if requested by the employer, should be included for holiday pay purposes. Despite the attention the decision has received, this core aspect of it was not really a surprise.

Previous European cases had already made clear that regular payments which are “intrinsically linked” to work carried out must form part of holiday pay (eg allowances paid to pilots for time spent flying, and monthly commissions received by sales people).

The ruling has, however, left a number of unanswered questions, which make it difficult for employers to assess whether or not they are affected and what action to take now.

Are all forms of overtime covered?

The decision applies to overtime worked sufficiently regularly, such that it is part of an employee’s normal pay. What is “sufficiently regular” is not clear, but there must be a difference between the employee who works beyond their core hours every week and the one who works the odd extra hour here and there over the course of a year.

The decision also looked only at compulsory overtime, ie overtime which an employee cannot refuse. This raises the question of whether or not voluntary overtime (which can be refused) would be excluded from holiday pay. This seems unlikely, though it may be more often the case that voluntary overtime will be worked less frequently and so will not be “sufficiently regular”.

How do we calculate the overtime to be included?

The EAT did not explicitly deal with this point in the Bear Scotland cases but, in another case that looked at including commission in holiday pay (Lock v British Gas Trading), the European court said that it is for the national courts to work out what reference period is appropriate in order to achieve a “representative” average. Under the WTR, the reference period for calculating pay for workers with no normal working hours is 12 weeks, but such a short period may not produce a representative average, particularly in businesses with seasonal peaks of activity. It does not necessarily follow therefore that a 12-week period should be used, and in the Lock case, the Advocate General suggested a 12-month period might be more appropriate.

Is there a risk of back-pay claims?

It had previously been suggested that claims for underpaid holiday could go back several years (perhaps even to 1998, when the WTR were introduced). However, the EAT in Bear Scotland ruled that such claims will not succeed if there has been a gap of three months or more between holiday underpayments. Given that overtime only needs to be included in the first 20 days of statutory holiday (the “Euroleave” element required by the Working Time Directive) it is generally thought that a three-month gap will not be difficult to find in any particular holiday year. So, the judgment limits significantly the prospect of large back-pay claims.

It had been thought that Unite (which acted for some of the employees in the Bear Scotland cases) would appeal this aspect of the decision but they have since announced that they will not be doing so.

Are there other payments to be included in holiday pay?

The test laid down by the European cases is that any payment that is “intrinsically linked to the performance of tasks under the contract” should be included in the calculation of holiday pay. In the Lock case mentioned above, this was found to include commission regularly received by a salesman working for British Gas. The unanswered question is whether or not this extends to other forms of variable pay such as bonuses. This is likely to depend on how closely linked the bonus is to the hours worked by the employee, but there is bound to be further case law in this area.

What can employers do now?

Given the uncertainty which remains over the impact of many aspects of the Bear Scotland case, it is difficult for employers to come to a concluded view on what they should do. There are, however, some questions that employers can now investigate to assess the impact on their business:

Employers may want to consider carrying out investigations such as these in conjunction with their in-house or external lawyers in order that any conclusions drawn can remain legally privileged.

However, by taking these steps, employers can gain a fairly good picture of what they are likely to have to do going forward, there are still good reasons for waiting before coming to a final position. First, in light of the Bear Scotland cases, the Government has set up a taskforce to look at the impact on businesses. Second, the Lock case is due to return to the employment tribunal early next year to consider issues such as what is an appropriate reference period for calculating the average commission to be included in Mr Lock’s holiday pay.

The conflict between the European case law and the wording of the WTR has left employers in a difficult and unsatisfactory position – the UK tribunals having effectively amended the WTR so that they comply with the European case law. It must be hoped that the Government taskforce will quickly produce some guidance for employers on the numerous unanswered questions that currently remain.

About Christopher Fisher and Nicola Thomson